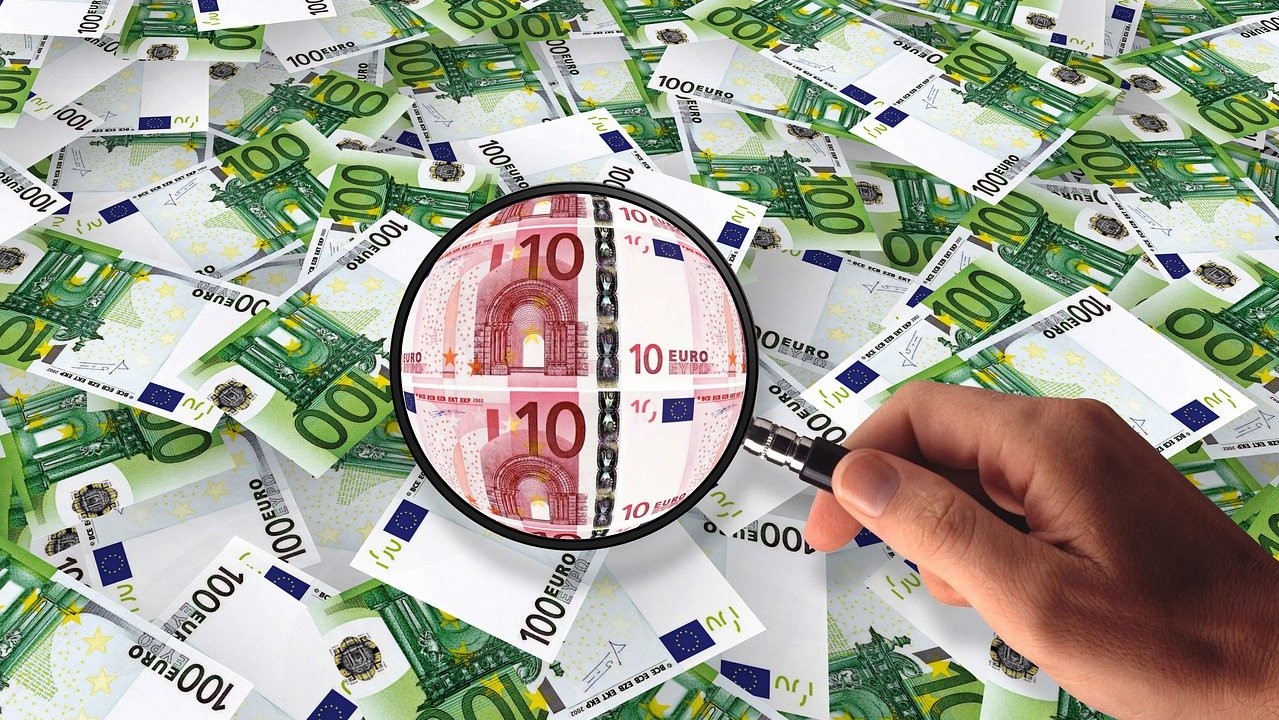 Up close, worth less than it says: Inflation is the general devaluation of money, not just increases in the prices of certain consumer goods, commodities, or other goods. (Image: Gerd Altmann/Pixabay)

Inflation has risen to 7.5 percent in the euro zone and 8.3 percent in the USA. Such rates would double the cost of living within nine years. The last time inflation rates like these inflicted savers and consumer households was in the early 1970s. At that time, however, bank accounts were still earning 5 percent interest, and World Bank bonds 8 percent. There is none of that today—savings interest rates are artificially depressed by the central banks and are still at zero.

The possibility of saving has been banished from people’s minds by vulgar Keynesianism: the theory of stimulation by means of the printing press. Now it is simply called financing.

Since the financial crisis of 2008, the central banks have been covering up the already unsustainable debt situation of governments, companies, and households with more and more new money, with the same pattern repeating in the euro crisis and then again in the COVID crisis. And what now? Inflation rates are racing upwards.

Prudent economists predicted this, but the central banks denied it, saying at the beginning of the year that it was “temporary.” Nor is it the supply bottlenecks or the scarcer energy that is driving up the general price level. Everything is going up. And were it not for the money printing, then it would not be easy to pay the higher prices resulting from the shortages, we would not be able to outbid each other, and we would have to save. The possibility of saving, however, has been banished from people’s minds by vulgar Keynesianism: the theory of stimulus by means of the printing press. Now it is simply called financing.

Financing was done by force. The calendar dates on which this happened can be precisely determined. After the money creation wave in 2008 and 2012, the ECB announced on March 18, 2020, that they would print more money in response to the COVID-19 pandemic.

(And on March 23, one could read, the U.S. Federal Reserve (or its Federal Open Market Committee FOMC).

And on March 23 one could read that the U.S. Federal Reserve (or its Federal Open Market Committee FOMC)

On the one hand, this was intended to allow over-indebted governments to have any COVID spending they wished, and on the other hand, it also allowed many other new projects to be financed.

These two programs of buying up new government debt alone accounted for €1.581 trillion in the euro zone, and $3 trillion in the United States. These were added to the money creations starting in 2008. Recall that the governments (the EU authorities) issue new sovereign debt securities—the banks, insurance companies buy them, and quickly cede them to the central banks, which credit the corresponding sums in return. The money is created. In both currency areas, the political commissions sat down three days later that March to formulate the giant spending programs. They had obviously been pre-advised. The politicians had been given direct access to the printing press.

The U.S. issued several trillion dollars-worth of packages under Presidents Trump and Biden, and EU members took on, as was said, 750 billion euros in debt jointly (so if Italy & Co can no longer pay, then Germany will pay). The EU itself wants to accumulate €1 trillion in future annual deficits, but the European Treaties forbade it. Not satisfied, the International Monetary Fund quietly announced on August 2, 2021:

These newly issued SDRs are “book money creation” by the Monetary Fund. It credits such sums to member states out of thin air, and these can be withdrawn and used among member states for debt payments. They are pure money creation and once again allow these states to live far beyond their means. Read: to override the tax powers of the parliaments and voters. The Monetary Fund’s money binge, by the way, was the first in ten years (extraordinary!), and it is the largest one-stroke money creation in world history.

The Consequences of Reversing Monetary Policy Would Be Dramatic

And now central banks are pretending to be surprised. However, they have recently had to announce a reversal toward higher interest rates, and a halt to debt purchases. The U.S. Federal Reserve even wants to quickly reduce its holdings, that is, to sell them and thus withdraw the money from the markets. The ECB would have to do the same immediately. Otherwise, its credibility would be completely lost.

However, the consequences of such a reversal would be dramatic. Even if, as the central banks secretly hope, inflation rates perhaps drop to 5% for once, interest rates will rise to 6-8% if the capital markets are left free. For the U.S., that means that the $30 trillion national debt will then cost $1-2 trillion a year in interest, much more than the entire military of the empire—or all its social programs. In the EU, Italy, Spain, Greece, France, and Belgium will see their budgets saddled with close to ten percent interest expenditures. All this is, of course, unbearable for these nations. The consequence would be national bankruptcies, the end of the euro, and the end of the intervention and redistribution state.

Today, free money has enabled politicians’ spending fantasies. At present, programs worth hundreds of billions are being established for all kinds of new energy sources, and energy prices are being subsidized for consumers. Bankrupt Italy alone has just allocated €18 billion for this purpose. France, over-indebted, is letting nuclear power flow cheaply, ruining its state power plants in the process. Moreover, bankrupt pension systems are being financed. One must add up how far the former market societies have been undermined by sovereign debt and programs. As soon as the free money is over, all these programs will have to be suspended, or even abruptly cancelled.

The result will be plenty of domestic unrest. No government would be re-elected. The shortages would show their austere and unrelenting face—for everyone: for the subsidized (which includes everyone), as well as for the securities millionaires made rich by the cheap money boom. It is questionable whether tax revenues, which of course also rise in inflationary terms, will simply be able to cover the higher interest costs of the national debt. This will be even less the case as government spending will also grow in an inflationary manner.

The Alternative: Inflation and Financial Repression without End

The more likely alternative will be continued inflation, as well as all kinds of financial repression, a veritable list of torture tools against the citizens: maximum interest rate decrees, forced borrowing from insurance companies and pension funds, freezing of bank demand deposits at central banks, rescheduling of government debts for 100 years, at worst even their cancellation, as far as central banks hold them, up to point of capital export bans.

If the public loses confidence and hoards cash, fees will come when issuing and withdrawing cash—i.e., its debasement against book money. If cryptocurrencies become more credible by then, central banks have another problem—they become replaceable.

Words like “trend reversal” or “change of times” are invoked often. This time they really do apply.

APPENDIX: “Money dissipation” by central banks since the end of the gold anchor in 1971: 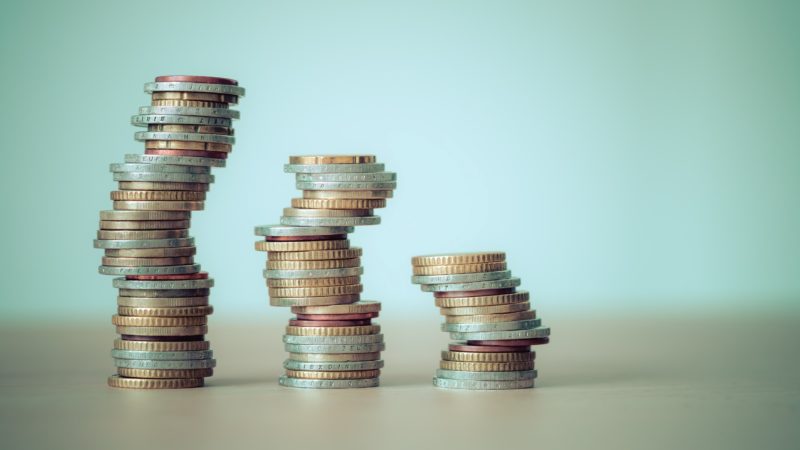 Damaged supply chains and war are boosting prices, but they are not the only real cause of rising inflation. The problem is the central banks’ expansionary monetary policy.