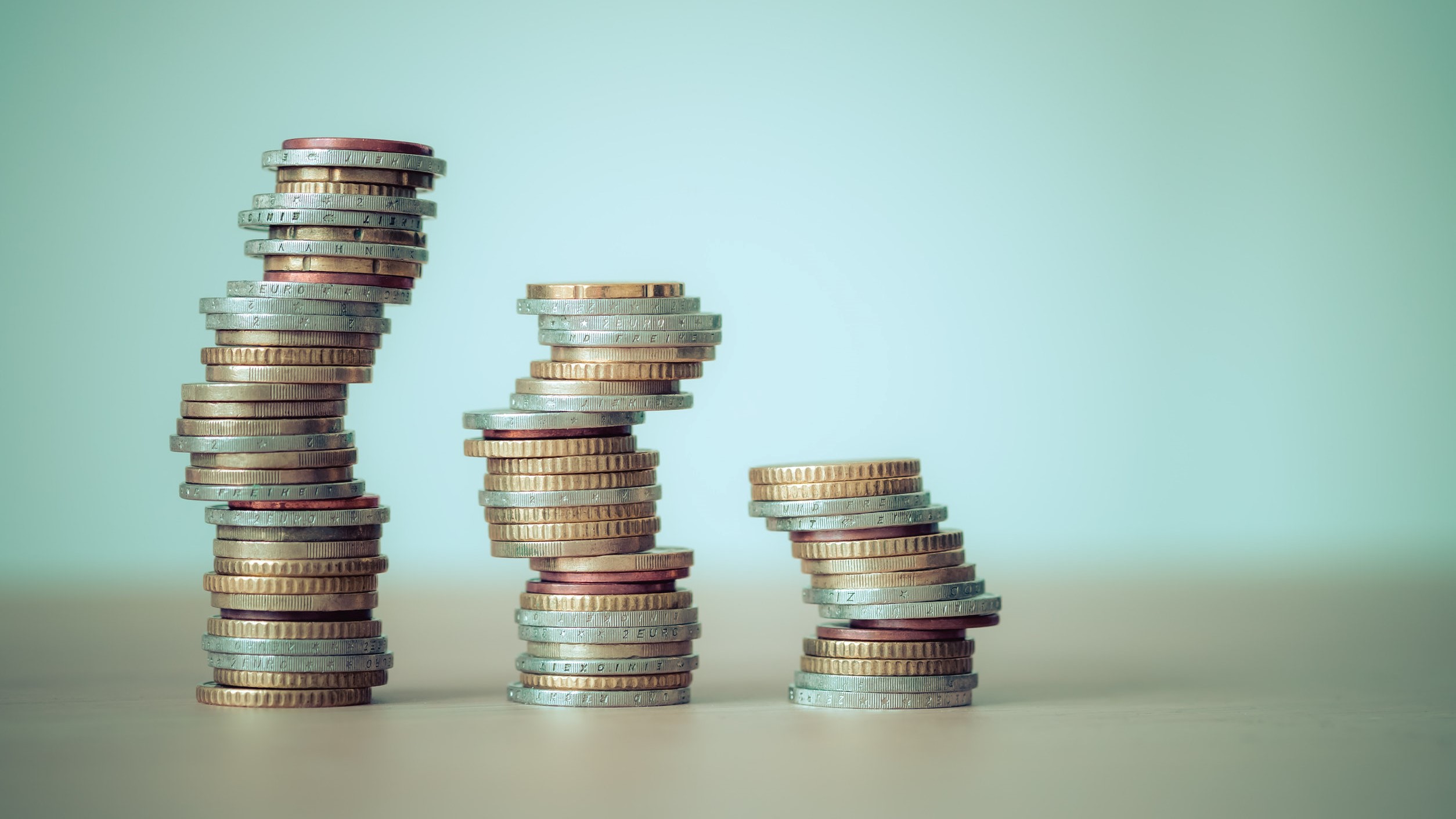 Money is a shaky business. If too much of it is created in relation to the quantity of goods and services produced, it loses its value and purchasing power dwindles. (Image: patrickdaxenbichler/ 123RF)

Inflation has risen to new highs in the USA and the euro zone. In the USA, consumer price inflation in April 2022 was 8.3%, in the euro area 7.4%. This raises the question of who is responsible. In the U.S., President Biden announced that due to soaring energy prices, 70% of inflation in the month of March was attributable to Russian President, Vladimir Putin (Duffy 2022). The European Central Bank (2022) communicates a bit more subtly that the high inflation should be seen in the context of the pandemic and the Ukraine war. ECB President Christine Lagarde wants to have nothing to do with the steeply rising energy prices that are significantly driving inflation. But is inflation truly only due to the war and the pandemic?

A Rapid Increase in the Money Supply

The figure below shows very impressively that, in the euro area, since the introduction of the euro in 1999, both the central bank money supply M0 (currency in circulation + banks’ deposits at the central bank) and the money supply M1 (currency in circulation + demand deposits at commercial banks)—similar to other large currency areas—have increased much faster than the quantity of all goods and services produced. Assuming that the velocity of money in circulation changes only slowly because payment habits change only slowly, a large money supply overhang has already built up since the turn of the millennium, creating a large inflation potential.

Initially, however, inflation was hidden in the measurement of official consumer price indexes! Since the 1990s, quality adjustment has been enforced in the measurement of inflation. In the case of quality improvements of industrial goods such as electrical appliances or automobiles, prices are adjusted downward in the statistics, for instance if they have new functions or are more energy efficient (Schnabl and Sepp 2021). In contrast, for groups of goods whose quality deteriorated—e.g., services (more self-service) and food (less sustainable farming methods)—this quality adjustment in the form of higher prices did not occur in the statistics.

In addition, important groups of goods such as real estate, shares, and public goods (e.g., roads, old-age provision, and airports) are not included in the price measurement altogether. In the euro area, the expansive monetary policy of the European Central Bank encouraged real estate price bubbles in some southern euro countries and Ireland since 2001. The exuberance was also ignored by the ECB because, in contrast to other countries such as Switzerland, owner-occupied real estate is excluded from inflation measurement (Herborn and Schnabl 2022).

After the excesses had led to the European financial and debt crisis, the ECB kept interest rates at and below zero for a long time, which triggered a sharp increase in real estate and stock prices, especially in Germany. Stock prices are excluded from consumer price indexes because company shares are not consumer goods.

When, since the European debt crisis, the European Central Bank justified massive purchases of government bonds with low officially measured inflation, this not only expanded the scope of spending of the euro countries, but providers of public goods may also have felt tempted to drive up prices (e.g., for airports, train stations, and opera houses). Public goods are also not represented in consumer price indices, while they still must be financed by the taxpayer.

Finally, since mid-2021, in the wake of the Coronavirus crisis and the Ukraine war, inflation has now become widely visible in the form of rising officially measured consumer price inflation. What both crises have in common is that state-ordered regulations—tariffs, lockdowns, the disruption of trade routes, import bans—have restricted the quantity of all goods and services produced. Similar effects will result from supply chain laws passed around the world to bring about higher environmental and social standards in developing countries and emerging markets.

At the same time, however, the extensive asset purchases by central banks—in the euro area the so-called “Pandemic Emergency Purchase Program”—increased the money supply even more throughout the Coronavirus crisis. Central banks thus indirectly increased inflationary pressures for two reasons. On the one hand, the drastic regulations were made politically possible in the first place because the governments were able to use the central banks’ government bond purchases to cushion the negative effects that the regulations had on the labor markets.  If unemployment had been rising rapidly, the lockdowns would certainly have been discussed differently.

On the other hand, the central bank-financed aid flushed a lot of liquidity into consumers’ pockets, while the lockdowns initially restricted consumption options. The rapid growth in savings, which was reflected in the significant increase in the M1 money supply, probably increased consumers’ willingness to pay, making it easier for companies to raise prices after the end of the lockdowns.

The Misunderstood Role of Monetary Policy for Commodity Prices

Energy and commodity prices, whose rise has recently been widely attributed to the Ukraine war, have played a central role in the recent surge in inflation—contrary to central bank forecasts. Berlemann et al. (2022), for example, argue, “The trigger for the currently observed inflation was not the ECB’s ultra-expansive monetary policy, but it was primarily the two recent crisis events.” But energy and commodity prices have been rising since before the war, sensitive, for five reasons, to persistently low interest rates and the ever-increasing expansion of central bank balance sheets.

First, because of the accelerating decline in the trust in the dollar and euro, a flight to real assets has begun. Tangible assets are not only real estate and stocks, but also shares in commodity mines and raw materials including oil and gas. Secondly, the ultra-loose monetary policy of the major central banks has fueled overall economic demand and thus also demand for energy and raw materials. If companies—thirdly—assume that the price increase will be permanent and supply chains can be disrupted again, they hoard raw materials, which further increases demand and prices.

Fourth, energy and commodities are predominantly traded in dollars. If the euro depreciates due to the ECB’s ongoing loose monetary policy, prices in euros rise. Fifth, energy- and commodity-exporting countries hold large dollar and euro reserves, which are devalued by inflation in the U.S. and the euro area. Energy- and commodity-exporting countries can hedge against this depreciation by raising prices. Recently, some Arab countries have refused to expand production of oil and natural gas. At times, there was even a decline in production volumes.

This leads to the question of the extent to which there are parallels with the 1970s, when inflation accompanied war in the oil-rich Middle East and remained high over the long term. First, global inflationary pressures emerged in the 1970s, as they do today, even before the first oil crisis (1971), which was triggered by the Yom Kippur War. Since the second half of the 1960s, the U.S. had financed the Vietnam War and growing social spending partly through the printing press. Inflation was exported to many countries via exchange rate pegs to the dollar. Second, then as now, energy- and commodity-exporting countries had an incentive to offset real losses in the value of their dollar reserves through price increases. This can be seen as the origin of OPEC’s cartel policy and the first oil crisis (1971).

Third, persistently expansionary monetary policies always have negative growth and distributional effects that affect political stability (Schnabl 2017).  In extreme cases, there are civil wars at the national level, as in the case of the Arab Spring (von Prollius and Schnabl 2016), or there are armed conflicts between countries. The Yom Kippur War in 1971 was triggered in part by Egyptian President Anwar as-Sadat’s desire to distract attention from domestic political problems. It cannot be ruled out that for Vladimir Putin, too, a major motivation for war is to secure his power in Russia. As in the 1970s, the now growing international political instability via rising oil and commodity prices has once again reinforced global inflationary pressure.

Lack of Insight or Willingness to Correct Course

In the 1970s, inflation only came to an end when, starting in 1979, the new U.S. Federal Reserve Chairman Paul Volcker decisively raised interest rates to 20% (Volcker shock). As a result, oil prices fell again. Both the U.S. central bank, the Fed, and the European Central Bank are still far from taking a similar step. The Fed has resolutely announced interest rate hikes, but a rise in interest rates above the inflation rate is still a long way off. In the euro area, ECB President Christine Lagarde has kept all options open despite high inflation, citing the Ukraine war.

A decisive defense of price stability looks different. It can therefore be assumed that the inflation will persist for a long time, particularly in the euro zone, but also in the USA, due to the persistence of an immense money overhang. High inflation may be also tolerated, because the high government debt is melted down by inflation, which benefits the governments. However, since this path is likely to be associated with persistent economic instability, the Ukraine crisis will probably not be the last crisis.