The U.S. in Decadence? The Warning Signs Cannot Be Overlooked 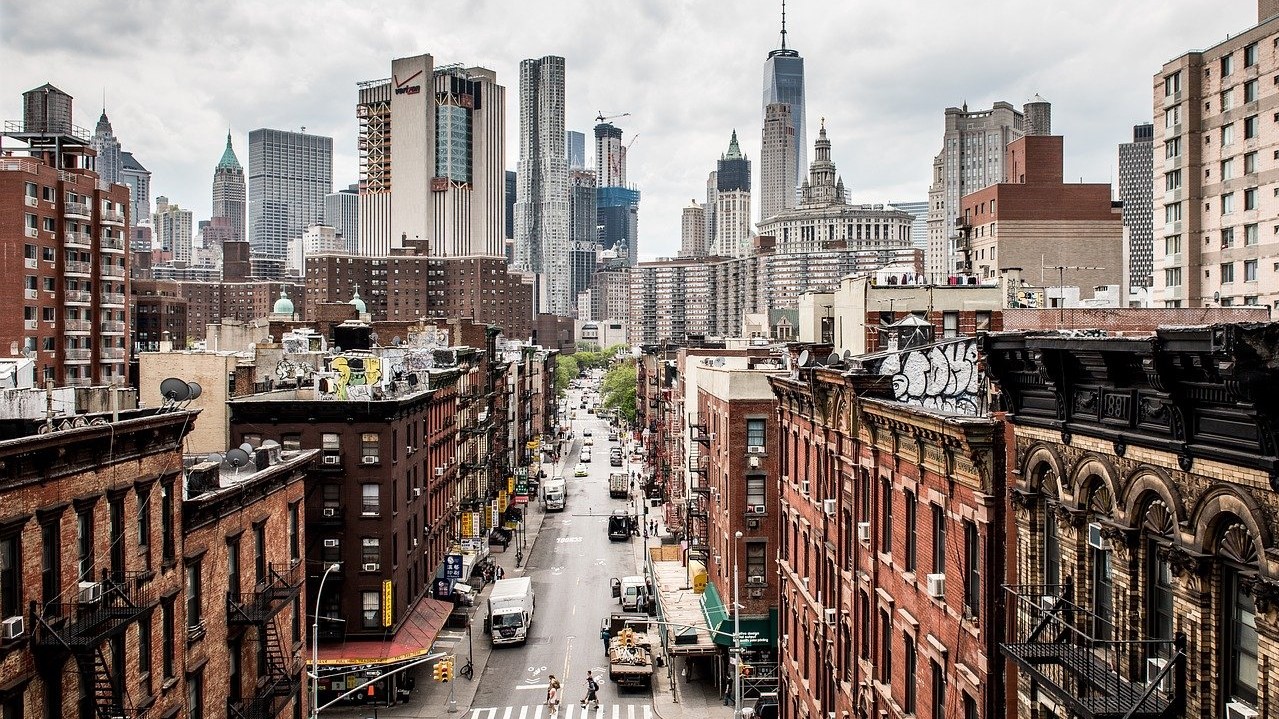 Manhattan, New York: A world of contrasts like the whole USA is. Has the American Dream evaporated? The signs are disturbing. (Image: Jo Wiggijo / Pixabay)

These days the U.S. exhibits characteristics of decadence that historians have considered instrumental in the demise, or loss of power, of earlier empires. History’s verdict is yet to be determined but heeding the signs can be salutary for the U.S., whose healing is in the interest of everyone, first and foremost Europe.

An extraordinarily “synoptic” characteristic is found in demographic data. In the U.S., male mortality rate is increasing, and infant and maternal mortality rates are significantly higher than in other developed nations. In 1999, the mortality rate of lower-class white males was lower than that of blacks; today it is clearly higher. All these demographic signs summarize, synoptically, many other facts: the health care of wide strata of society, health insurance, poverty, the level of education, the abuse of drugs and medicines, and alcoholism. The studies and statistics on this are well known, and all point in the same upward trajectory.

French demographer and historian Emmanuel Todd predicted the demise of the Soviet Union in 1976 (La chute finale) because of increasing mortality rates. Since then, he posited many other paths of decadence, including for the U.S., which are more controversial, but at least he got it right for the Soviet Union.

Partly connected with demography is an economically alarming development. Since 2000, the active workforce has fallen by almost 9 million people, even though the total population has increased, not just the elderly. As a result, the labor force participation rate, i.e., the share of working people among the 16-64 age group, fell to about 63%, even before the Coronavirus crisis. That is, it fell below the level of the dysfunctional labor markets of Southern Europe. Switzerland and Norway show labor force participation rates of 84%, Germany, just under 80%, Austria, 77%. That’s a world of difference, because with 80% of the population at work, there are four active people to support an inactive person, either privately or through social insurance, whereas with 63%, two active people have to take care of one inactive person.

Many empires have perished when they no longer involved large parts of the population.

But these numbers from the U.S. labor market are very bad news—the labor market has lost its integrating function. Moreover, many working-age residents are obviously not employable at all—contributing to this issue are the opioid epidemic, massive obesity, a glaring lack of education as a result of often poor public schools, frequent school dropouts and the teachers’ union fight against public charter schools, and a woeful shortage of vocational training.

The last group of figures do not even need to be disclosed in detail; it is well known from countless surveys how the rich, and indeed the richest of the rich, are getting richer, and how large parts of the former middle class have fallen away, and how hopelessly the lower class is missing out on the “American Dream” of upward mobility.

The conclusion is the same as in the labor market: American society no longer integrates, it disintegrates. This brings us to the historical analysis—many empires have perished when they no longer involved large parts of the population. This is the theme of authors Daron Acemoglu and James Robinson (Why Nations Fail)—only “inclusive nations” endure. The tensions between top and bottom otherwise broke apart in revolutions, or, in the U.S. today, in a drop in economic performance. People buy in Asia and pay with paper dollars.

The Over-Indebtedness of the State, the Zombification of the Economy—The End of the Dollar’s Empire?

This paper money relates to another characteristic of decadence, as authors Glenn Hubbard and Tim Kane contend (Balance: The Economics of Great Powers). A major impetus to decay has always been government spending and government debt getting out of hand. That is now strikingly the case in the United States. At the end of the budget year in September 2020, 55% of federal spending was “financed” by the printing press—by the government issuing huge stimulus, the Federal Reserve buying it up and printing the money to go with it. Already Wall Street is whining shamefully for new “stimulus,” and Democrats will be only too happy to oblige. There is talk of another trillion in debt-financed spending. In the previous package, an unconditional income of $1,200 was also dispersed for the first time in the Western world. From a liberal point of view, all dams are broken. Moreover, all economists (except those at the Federal Reserve) admit that the money binge since the financial crisis first allowed private as well as public debt to multiply, and that the price explosion of stocks and bonds that it also caused significantly distorted the distribution of wealth. Moreover, the future performance of U.S. companies is definitely affected when, according to Bloomberg agency, zombie companies already account for one fifth of the listed companies. The criterion for this—their gross profit is no longer even enough for interest payments. Only avoiding a credit crunch can keep them in the market, despite their obvious inefficiency.

All this means that the Federal Reserve can no longer stop printing money, otherwise the ruin of these companies, the immediate ruin of the state, and the crash of the stock market is imminent.

Everything is fought out in the courts, an unparalleled litigation economy dominates the decisions of companies and private individuals.

The inflation that might eventually result from this, correspondingly rising import prices and eventually a rising general price level would also cause the dollar exchange rate to fall. This in turn could, over time, shake the foundations of the empire—namely, clearing. Every evening, the world’s major banks balance their transactions in New York. Those who are excluded from it, due to a violation and sanctions, can declare bankruptcy. This supports the U.S.’s power in the world: not only the aircraft carriers serve this end. If clearing moves to Europe or Asia this means the end of this power.

Qualitative, less quantifiable observations must finally be considered. Everything is fought out in the courts, an unparalleled litigation economy dominates the decisions of companies and private individuals. The historian Niall Ferguson sees the transition from the “rule of law” to the “rule of lawyers” completed (The Great Degeneration). Liability premiums, not drugs, make up the bulk of many doctors’ expenses… U.S. courts award not only restitution for damages, which is normal, but “pain and suffering” awards (“tort justice”) in fantasy amounts, and lawyers get to keep half of it themselves. The underclass is massively overrepresented in prisons, by the millions, because cumulative sentences are handed down. Someone who steals in a department store and pushes the policeman away can get years in prison for theft plus trespassing plus resisting police.

Also running against “inclusion,” against the “American Dream,” is the privileged admission of the children of former graduates and employees of elite universities (“legacy admission”).

Equally discriminatory are the horrendous costs that lead to equally horrendous student debt that takes years to pay off. Democrats are discussing their elimination right now, but not free access to education as in Europe. Democrats have also done nothing about legalization, about the lawsuit economy, or about cumulative sentencing. Their omissions combine with the benefits the Republicans are handing to the rich—to the detriment of the U.S.

The rich also benefit from the Bureau of Competition/rather, BK: Federal Trade Commission FTC, which props up the big guys, and this is also unchallenged by Democrats. For, as the young lawyer Lina Khan analyzed in a well-received essay in 2017, the “competition watchdogs” let all mergers and concentrations through as long as the products become cheaper. They do not defend the plurality of market participants, and thus accept the end of the commercial middle class, for example, through Amazon. America’s economy is in danger of descending to junk level—even so, it is no longer competitive. Thomas Philippon of New York University (The Great Reversal) estimates that the bequeathed near-monopolists of all “markets” cost each middle-class household around $5,000 a year because of the higher prices and fees compared to Europe.

In short, the U.S. needs a New Deal for its own sustainability in power and prosperity, but not with simply more state intervention and redistribution as it has been since 1934. The state is already ruined and survives only thanks to the global dollar supremacy. What is needed are new rules in education, criminal law, competition law, and an end to the distribution of money to the rich via central banks and printing presses, and an end to the correspondingly bubble-driven stock market, high share prices and tax cuts. Only that can really help.