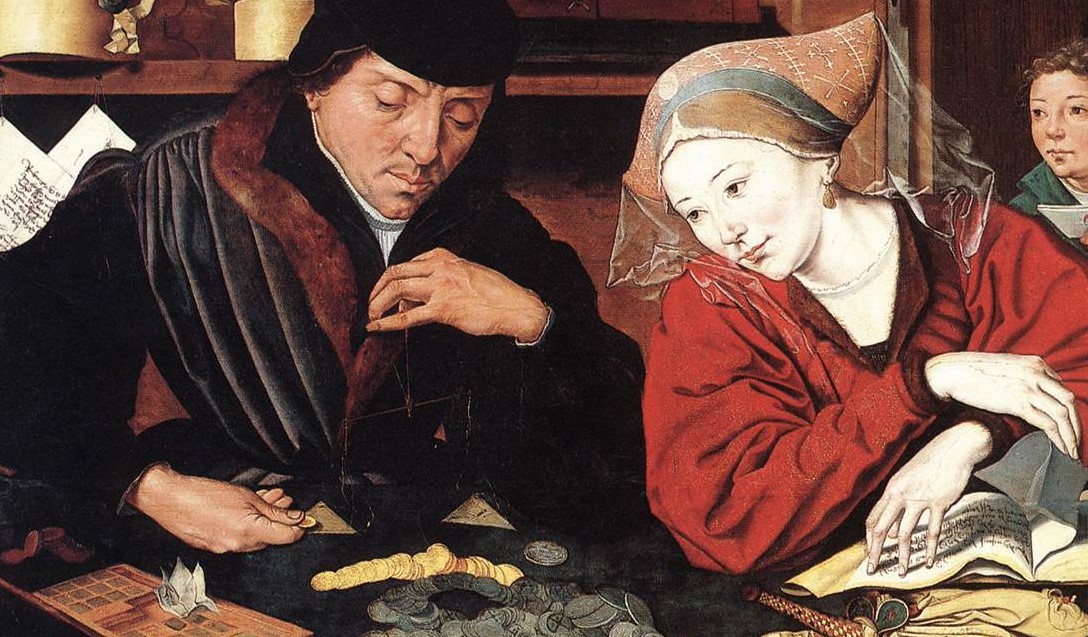 Joseph A. Schumpeter already recognized the importance of scholastic business ethics for modern economics. Giuseppe Franco (University of Eichstätt-Ingolstadt) and Peter Nickl (University of Regensburg) demonstrated this again in 2018 in an article in the Journal for Markets and Ethics using the text A Treatise on Contracts by the Franciscan Petrus Iohannis Olivi (1248-1298). Now these two researchers are also presenting an edition of the original text of this work with a German translation (more information below). The following—exclusively for the Austrian Institute—is an introduction by Giuseppe Franco and Peter Nickl to the pioneering significance of Olivi for economic thought. The original version of the article from the Journal for Markets and Ethics can be downloaded here: “A Certain Seminal Character of Profit which We Commonly Call ‘Capital’: Peter of John Olivi and the Tractatus de contractibus.”

The Franciscan, Petrus Iohannis Olivi (1248-1298), considered one of the most brilliant thinkers of the 13th century, wrote the Tractatus de contractibus in Narbonne around the years 1293-1295. After more than 700 years, this text is now being made available to a German-speaking readership for the first time, and one will find that it has not lost any of its relevance. Because of his rigorous interpretation of the Franciscan vow of poverty, as well as his apocalyptic-eschatological theology of history, Olivi was one of the most influential Franciscan theologians, even if controversial. During his life and after his death, he was repeatedly suspected of heresy, accused of being a cult founder, and subjected to disciplinary measures; his writings were banned and burned, and his teachings were subjected to scrutiny and censorship. Posthumously, in 1326, his monumental work Lectura super Apocalypsim was condemned. Among all Olivi’s works, his Tractatus de contractibus had a very special and very complex fate.

Olivi’s understanding of poverty opened the way for Olivi to understand the logic of profit, money, pricing, and the social utility of commercial activities.

This treatise deserves special attention from a moral-theological, economic-ethical and legal perspective. The work is part of an intellectual tradition and comes from a foundational historical period that decisively contributed to the construction of European civilization and the development of economic terminology. Olivi’s economic-ethical and economic thoughts have long been attributed by historical research to Bernardine of Siena (1380-1444) and Antoninus of Florence (1389-1459), two authors from the first half of the 15th century. This is due to the fact that these two thinkers took many passages from Tractatus verbatim, without quoting Olivi because his name was under suspicion.

Although the work does not claim to be exhaustive, it bears witness to the way in which the issues under discussion were taken up and dealt with in Olivi’s time. Basic elements of economic theoretical reflection are found in Olivi’s work, formulated as an entirely new response to specific ethical or moral-theological challenges in a time of great economic dynamism. Although his primary goal is an ethical one, Olivi is credited with the formulation of basic economic ideas that constitute the originality of his thought: an economically subjective theory of value in the context of a theory of just price; the theoretical-systematic use of the concept of capitale and the defense of the idea of the productivity of money; the distinction between illegitimate usury (usura) and legitimate interest as compensation (interesse), as well as the recognition of the social utility of commercial activity.

Olivi’s Tractatus and the texts of medieval Franciscan thinkers are not to be understood as vehicles for pure theorizing, but as historical testimonies of medieval economic and political reality. Thus, it is not a matter of celebrating Olivi as the discoverer of free-market laws and even of capitalism, or of seeing him as a mere precursor of modern economic analysis; rather, it is a matter of exploring that economic lexicon which, once completed, was preserved through the ages, adopted by later traditions, and then meaningfully incorporated into the terminology of modern economic science, thus making modern economic theories possible.

It may seem paradoxical that Olivi, a Franciscan friar, theorist of the usus pauper, and defender of supreme poverty, was also profoundly knowledgeable of and an advocate for certain 13th century commercial activities. This raises the intriguing question as to how Olivi’s positive stance on the legitimacy of the pursuit of profit could be reconciled with his passionate defense of absolute poverty. In the background of the Tractatus was always the question of how evangelical perfection could be lived in the Franciscan Order and in a society characterized by property, commercial revolution, and increasing financial activity.

Olivi’s understanding of poverty is one of the main theological keys to understanding his economic views. His conception of poverty opened the way for Olivi to understand the logic of profit, money, pricing, and the social utility of commercial activities. The usus pauper implied the renunciation of a selfish possession of things as well as the static appropriation of goods. It instead legitimized a particular use of money that was to be directed toward productivity and toward serving the common good and society. In the end, it must be stated that Olivi’s reflections are not a paradox. Instead there is an inner connection and thus a continuity between the theological understanding of poverty and the socio-economic question of wealth.

In his work, Olivi also formulated recommendations for the activity of confessors and issued guidelines for Christian practice. This elucidates his view that not only the voluntarily poor, but also merchants leading imperfect lives, can contribute to the formation of a just Christian society, each by adhering to certain rules and fulfilling certain obligations. Olivi also took into account the practical requirements and the religious needs of the merchants: he understood that they sought profits but did not want to fall into the sin of usury. Thus, he showed them a path to salvation and moral perfection that was feasible, even if it corresponded to their imperfect state.

Olivi’s views have had a lasting influence on European economic thought. Many of these views can still be considered among the most important intellectual foundations of contemporary economic theory. Despite the bans placed on his writings and the ostracism of his thought, Olivi aroused remarkable interest among contemporary writers up to the Reformation and to modern times; he is mentioned or quoted verbatim in many texts of the early modern period, even when people avoided mentioning his name.

As a direct practical application of the economic-ethical reflection of the Franciscan tradition, this influence entailed a social innovation, namely the foundation of the so-called Monti di Pietà (“Mountains of Mercy”), which can be understood as early forms of savings banks and thus of credit and banking. It should also be emphasized that significant traces of Olivi’s ideas and terminology can be found in the economic and cultural traditions of thought of subsequent centuries, thanks to the mediation of other authors.

The paradigmatic phases of this history of his impact begins with the direct or indirect influence that Olivi’s views exerted on later Franciscan and Dominican authors. This in turn influenced the German late scholastic tradition, but also the Spanish late scholastic school of Salamanca and the Italian tradition of economia civile. The Salamanca School in turn influenced the ideas of the natural law teachers Hugo Grotius and Samuel von Pufendorf, as well as the Scottish moral philosophy of the Enlightenment period, but especially the Austrian School of Economics; furthermore, the German tradition of Soziale Markwirtschaft (Social Market Economy) should also be mentioned here. Because of these influences and further developments, the scant relevant historiographical literature speaks of Olivi’s terminological tradition.

Olivi’s insights still have a special relevance today. Why do we concern ourselves with the economic ethics of the Middle Ages? Just to fill the gaps in our historical knowledge? Perhaps it is in the hope of finding orientation in a time of globalization and social, political, and economic turbulence, which the current COVID-19 pandemic has caused or has made us more aware of.

As regards the theoretical foundations of economic ethics, the current special relevance of Franciscan economic ethics thus consists in the development of an economic analysis embedded in normative questions. It can be used to criticize contemporary economic theories and economic mentalities, for example, for the purpose of correcting a purely utilitarian conception of the economy; or it can be used against the logic of a misconceived profit maximization that excludes ethical reflection and neglects the political-social preconditions as well as the moral reserves that the market economy needs, and which were essential components of Franciscan economic ethics.