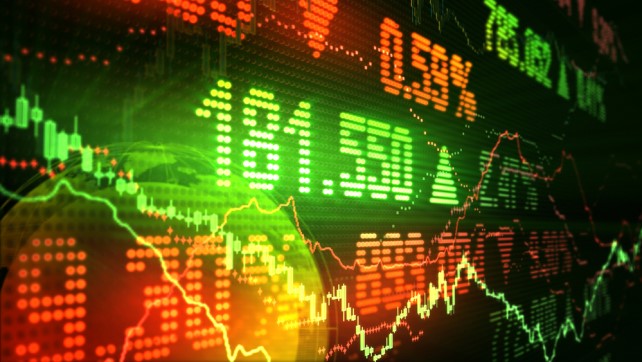 Stock prices, and all their glamour, follow central bank policies and often have little to do with the real value of companies. (Image: Petrovich99/Shotshop.com)

Once upon a time, there was a central bank chief who wanted to take the punch bowl away from banks and investors just when the party was at its peak. The “punch bowl” that was favorable interest rates, plenty of liquidity and, as a result, rising stock prices. The courageous central banker’s name was William McChesney Martin, head of the U.S. Federal Reserve, and he threatened this withdrawal in a speech to American bankers in 1955. The purpose was clear: to avoid excesses, for which the central bank felt responsible.

The Party Must Go on, No Matter the Cost

But what do we say to one of the heads of the Fed today, Charles Evans, who on January 7, with stock prices at record highs, and with the debt binge thanks to cheap money, promised at a bankers’ meeting that “it will probably be 2024 before we see interest rates rise”?

The Chairman of the Federal Reserve, Jerome Powell, doubled down a week later, but had already said that the level of U.S. debt “is not as high as it may seem in historical comparison,” because the real interest costs for this national debt are low. But he himself had been pushing these interest costs below zero for years.

In other words: at a moment when economists, several major banks, and respected investors are warning that prices are at an extreme level, the central bank promises to leave the punch bowl for another four years! The show must go on. For as we have repeatedly explained here, since the financial crisis, the U.S. and European central banks have propped up the countries that were already over-indebted at the time, buying up their debt securities in unheard-of quantities and pushing real interest rates toward zero and below. Politicians have been relieved from budget responsibility and saving. Even more consequential—the investors, pension funds, banks, and insurance companies saw no more interest income, but were redirected to the consequently exploding stock prices. That’s how they were supposed to find their returns.

Central banks can never go back. They must continue printing money and having zero interest rates. And that is why there is panic on their floors.

This worked insofar as all those who had securities were blessed with enormous increases in value (the have-nots, however, came away empty-handed, and there was no interest in their savings accounts either). But in normal times, interest accumulates on capital, increases it, and stays there. A pension fund would thus have about 30% more assets for pensioners since 2013 alone. But stock price increases like today’s, lavish as they may be, are reversible. Rising interest rates, and the end of the money binge through debt purchases by central banks, will push prices back to “normal levels.” These would be about half today’s level according to the studies of Nobel Prize winner Robert Shiller (the “Shiller index”).

The conclusion is simple: central banks can never go back. They must continue printing money and having zero interest rates. And that is why there is panic on their floors. Central bank heads must offer almost weekly assurance that they will continue. For at least four years, to be precise. Incidentally, these time frames have formed a constant rolling guarantee horizon since 2013.

Central Bankers—Prisoners of Their Own Policies

In 2013, the disaster almost happened, the biggest accident to be expected of this frivolous money hedging. The central bank chief of that time seemed to have remembered the punch bowl that stood unguarded at the party, even with sharply rising stock market prices and drastically increasing new debt. He hinted at the goal. As a result, the stock markets plummeted significantly—and immediately he lost his edge as everything was rolled back. And then they invented the rolling guarantee. The same thing happened in September 2018, and again in December 2019, in a weakened form. Because everyone has completed this learning curve—the central bankers corrected their hints even faster, the investors could not permit themselves any healthy trepidation, the guarantee could no longer be rolled back.

Today, all investment managers of a bank or a hedge fund, as well as the big asset managers know that the central banks are prisoners of their own policies. And the central banks know that the others know this, and that any deviation would bring disaster. The budget politicians, for their part, know that everyone knows this, and Wall Street knows that these politicians know it and must keep issuing new “stimulus” to keep the horizon rolling. Joe Biden’s new administration understands this perfectly well and is adding to the $900 billion in stimulus approved in December the proposal for another $1.9 trillion, with the prospect that another infrastructure package will follow in the spring.

The Fed already publicly promised on March 23, 2020 to buy up such packages without limitation and to back them up with new money. In this way, 4.424 trillion, or 55% of the U.S. government’s expenditures are financed by money printing, a tendency now strongly increasing. In the EU, the ECB also promised on March 15 a $1.75 trillion package of loans to member countries and to cover future higher EU budget deficits—the Council of Ministers acted immediately and approved it on July 21.

The credibility of central bankers who know but do not act is fading—they are deflecting, and they are shirking their responsibilities.

The spectacular rise in the price of the alternative currency Bitcoin is certainly fed by the concern of many observers that this punch bowl will not be taken away, but that the more unsuccessful investors would occasionally drop out of the central bank bubbles and switch over. And with sure instinct, ECB chief Christine Lagarde immediately warned at the beginning of 2021 that questionable people were cavorting in Bitcoin—a warning shot of panic about the loss of credibility of the central bank itself. The credibility of central bankers who know but do not act is fading—they are deflecting, and they are shirking their responsibilities.

However, central bank heads have never fired warning shots against the much more dramatic price increases of, say, Tesla shares, where the share price will not recoup the investor’s money via profits for another 1,600 years.

Another Invention of a Financial Perpetual Motion Machine?

That this bare nonsense is pulling itself up by the scruff of the neck, like Baron Munchausen in his day, or the South Sea bubble exactly 300 years ago, is shown by Bank of America analyst John Murphy. If Tesla could just raise $12 billion from a capital increase, i.e. from the sale of its revved-up papers, it could finance itself in the cheapest way possible, and therefore investors would in turn pay higher share prices. The financial perpetuum mobile has been invented once again, and the central bankers guarantee the rolling horizon—for four more years.

This perpetual motion machine has now also been scientifically proven. Two economists, Anna Cieslak and Annette Vissing-Jorgensen (“The Economics of the Fed Put,” CEPR Discussion Paper No. DP14685) proved that since the 1990’s the Federal Reserve has been looking to the stock market to set its policy. For in an ultra-simplistic model, publicly put forward at the time by Chairman Alan Greenspan, it thinks that if stock prices fell by 10%, domestic product would fall by 1%. That’s simplistic, and the reverse is even simpler—so if you fire up stock prices by 10%, domestic product goes up.

The two authors then went on to say that this monetary issuance for higher prices would only work if the players were taken by surprise. Now, however, everyone knows what everyone knows, and the central bank can no longer do otherwise. It is a Greek drama. Unfortunately, we are the chorus commenting on it plaintively, and the spectators are the victims asked to pay for it one day.