What Comes after the Coronavirus Crisis – More Socialism or More Capitalism? 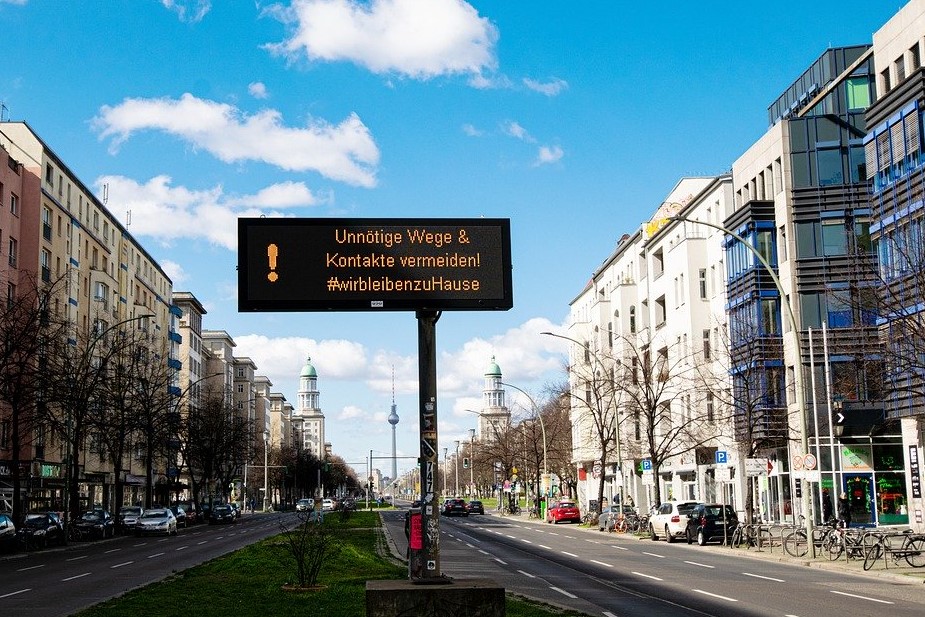 Empty streets during the lockdown: Berlin, Frankfurter Allee in April 2020. Many are now wondering: How do we get out of this? And what comes next? (Picture: Rebecca Holm / Pixabay)

The time has now come for state action to contain the COVID-19 pandemic worldwide. Statist ideologues of all stripes see a great opportunity: in their minds, the rich should pay a massive capital tax and now is also the time for a universal basic income. Others are calling for the nationalization of important branches of the economy.

In the name of solidarity, some are calling for a Europe-wide debt community, and in general, even more exorbitant over-indebtedness is hyped as an obvious solution. Monetary policy, which is responsible for so many distortions in the economy, is in full swing. The printing press is supposed to be running at full speed, and direct state financing is no longer taboo. It seems that all the lessons of history have been forgotten.

Who Exactly Has Failed?

The demand coming from the left to ask the capital owners to pay is based on the premise that they, as “capitalists,” are actually to blame for everything and should now foot the bill. After all, capitalism has proven itself incapable of protecting us against a pandemic, and because of the capitalist obsession with globalization, it is even partly to blame for the crisis itself. That diagnosis could not be more misleading.

In fact, in a time when a large part of productive economic activity has been locked down, it should now at least be clear where our prosperity comes from. After all, the enormously expensive state support programs that are now being launched are not the sign of a weakness in the capitalist system; on the contrary, they bear witness to its enormous potential for creating value.

The current pandemic is not the result of globalization, but a natural disaster exacerbated by political failure.

We are not experiencing an economic crisis, but rather an economic standstill ordered by law—i.e. by politicians—for reasons of health policy. Time will tell whether such a standstill was truly necessary on this scale. But this gloating by the critics of capitalism and opponents of globalization borders on insanity.

The current pandemic is not the result of globalization, but rather a natural disaster exacerbated by political failure. Globalization is not an exclusively modern phenomenon. Earlier epidemics could only spread because the world, especially the economy, was connected by land and sea via trade routes. A networked world, as was already present in the Middle Ages, needs security structures and precautionary rules that protect the public good, security, and public health. Even the word “quarantine” comes from “quarantena”: forty days. During such a period, Venetian ships thought to be carrying the plague inflicted had to remain at anchor far out at sea. Medieval cities had quarters near the city walls to isolate travelers arriving in times of epidemics.

Who Is Responsible for What?

It is an enormous oversight that we have failed to build such structures in recent decades: that we advanced and enlightened people do not have large-scale testing facilities and too little protective gear for medical personnel in the event of a pandemic. When the government was not yet an overflowing welfare state at the service of special interests, such precautions in the service of the common good were still high on the political agenda—think of the successful fight against the smallpox virus.

Western governments, however, have been preoccupied with other things in recent years, despite repeated warnings and a wealth of knowledge. Unfortunately, it was politically detrimental to name the immediate dangers. If they had been brought to our attention and the government had acted accordingly, the public would probably not have understood—in this respect, our carelessness makes us all partly responsible for the current disaster.

“Gouverner, c’est prévoir”: That is what climate policy was intended to do, but the governments here in Europe were not the ones who actually had foresight:  instead they were driven by public opinion and the media. Accordingly, despite the justification of the concern, exaggerations and irrationalities were the order of the day. Scientific certainties which legitimized this type of policy have, however, already begun to falter again—think of the latest findings about the alleged threat of a methane bomb as a result of the thawing of permafrost.

The Coronavirus crisis could help us to regain an understanding of what the central task of the government is and that it should not be driven by the word on the street and the media.

Science is an ongoing discussion. Those who refer to it must be prepared to change their minds constantly—which is not a good basis for a crisis policy rooted in a disaster scenario that is on a timeline of centuries.

The Coronavirus crisis could help us regain an understanding of what the central task of the government is and that it should not be driven by the word on the street and the media. It should make serious provisions for the security of its citizens, and it should do so in areas that are manageable and that can be directly shaped by policy, including military defense and the protection of borders: not necessarily national borders but, in the present European context, those of the Schengen area—which we have not even managed to do.

The democratic South Korea, which is much better prepared for the fight against the pandemic and whose hospitals are over ninety percent privately owned, could provide some innovative ideas here. Perhaps what has happened will help us to begin to think again in the direction of a withdrawal of the government from the comprehensive care of its citizens and to reduce our (justified) climate concerns to a rational level. This would leave room for a policy of freedom: for the development of market forces and the associated innovation that would promote prosperity for all; for the global exchange of capital, goods, and services; and for the most generous possible freedom of movement for individuals.

Where Does Prosperity Come From?

It should now be clear that our prosperity does not come from the government and its bureaucracies, which merely redirect the fruits of the productive work of the citizens in the form of taxes into their own, partly necessary, but inherently unproductive uses. Even the salaries of state employees and the—actually fictitious—taxes levied on them are paid from taxpayers’ money.

Why is it that hardly anyone is demanding that the most privileged members of society—public servants of all kinds—who often have the most lucrative and secure jobs, especially in times of crisis, give up part of their wages? Why, in fact, are we going after the most productive people who work hard to achieve our prosperity?

A real new beginning can only start when the state and politicians exercise noticeable restraint after emergency aid has been provided—more restraint than they had before the crisis.

Politicians and civil servants love to set up programs to “boost” the economy, and they are always looking for opportunities to get their hands on the big money. This gives them—in the short term—work, income, and prestige. But what will lead us out of the misery are those forces that have always been responsible for our prosperity but are constantly under fire: Entrepreneurs, investors, profit-oriented, and thus innovative, activity—in short, capitalism and the market economy. A real new beginning can only start when the state and politicians exercise noticeable restraint after emergency aid has been provided—more restraint than they had before the crisis. When that happens is precisely when we can be optimistic again.

It is true that the economic lockdown is costing us huge sums of money, and the individual taxpayer will ultimately have to pay for it. There will be a loss of welfare for everyone. However, it is to be expected that the Coronavirus crisis will cause an enormous surge in innovation, for example in the field of digitalization, the use of internet platforms, working from home, e-learning. Naturally, this is will all occur through the dynamics of capitalism.

Hopefully the post-coronavirus world will be a different one than the one we have seen so far: more capitalist, more entrepreneur-friendly, and more innovative. If this occurs, it will certainly not bring more equality to the world, but it will bring less poverty, and it will enable more and more people to enjoy a decent level of prosperity. At least this will be the case if ideologues and statists fail to prevent this with their feel-good redistribution schemes.

This article was originally published in the Neue Zürcher Zeitung of April 15, 2020, p. 28 with the title “Der Neustart ist eine echte Chance.” Here is the online version at nzz.ch. 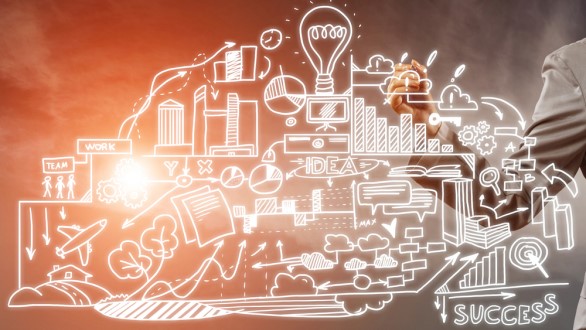 F.A. Hayek on the Discovery, Use, and Transmission of Knowledge

This September marked the 75th anniversary of F.A. Hayek’s pivotal essay “The Use of Knowledge in Society.” It is not only a noteworthy advance in Hayek’s critique of central planning. Hayek’s insights about competition as a ‘discovery procedure’ also provides conceptual tools for other forms of institutional analysis. 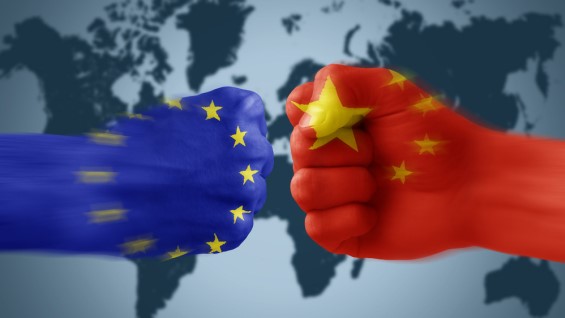 China, the US, and Europe: Who Will Lead after the Coronavirus Crisis?

Will China soon be the world’s number one power? Not if the West returns to its basic values of liberty, and if the Western governments dare to destroy their self-inflicted debt traps. 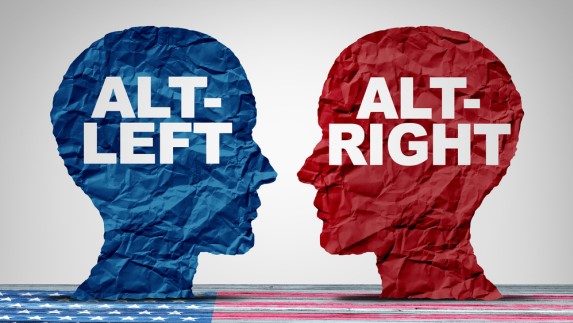 Today, social debates are ignited from the political margins. When democracy is in crisis and social cohesion is crumbling, it is time for intellectuals to focus on the essentials. What is needed is an anti-totalitarian self-enlightenment from the political center.