Racial Accounting and the Galvanization of Group Rights in the U.S. – Not a Liberal Solution 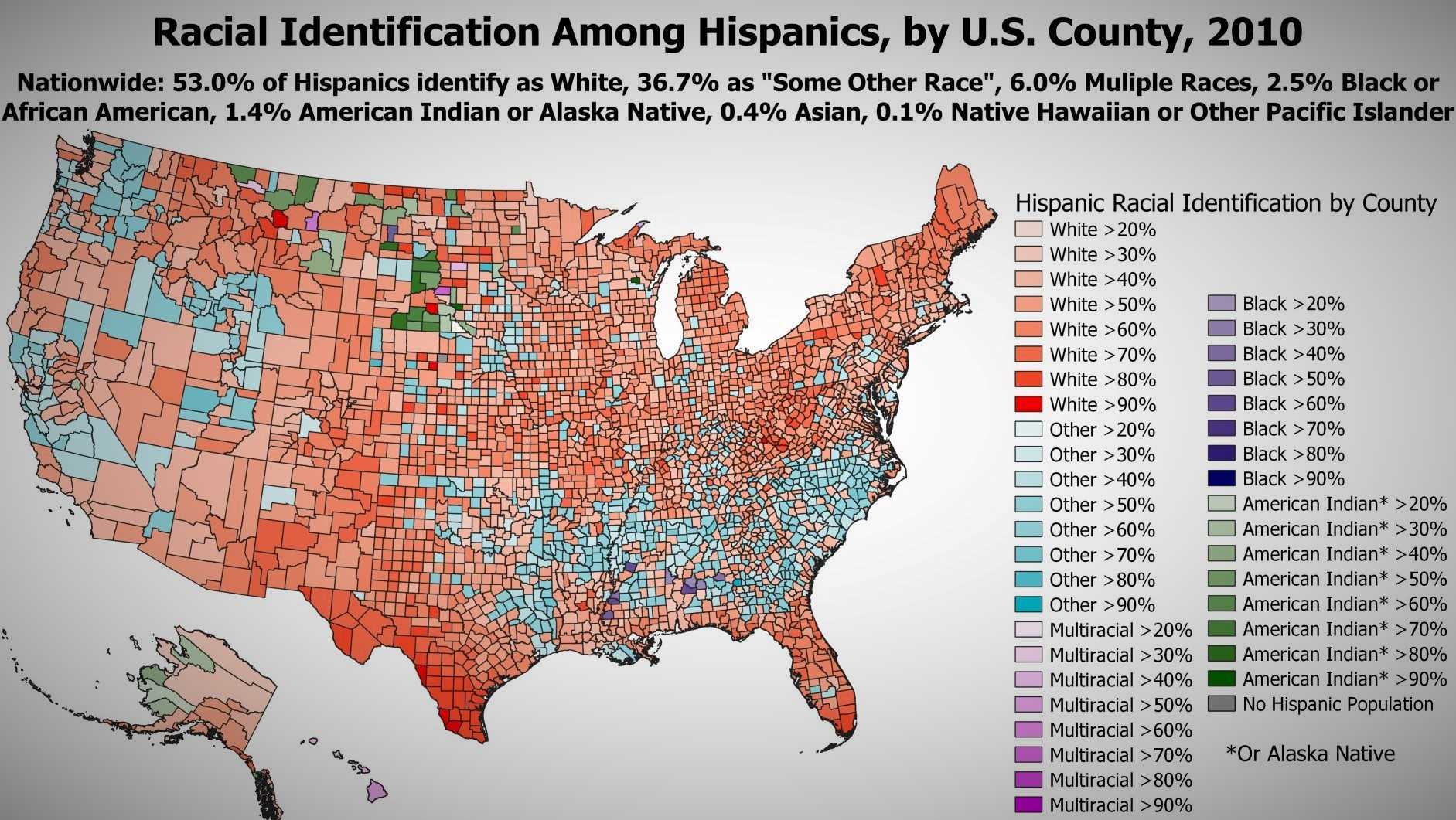 To combat racial discrimination, the United States maintains a veritable accounting system based on race and ethnicity. The consequences of such well-meant policies are the establishment of group rights, new forms of discrimination, and the entrenchment of racial prejudice. (Picture: Graphic of the U.S. Census of 2010/Twitter).

Just imagine that if in the next elections people had to register as citizens of Turkish origin, Alemannic, Czech, Polish, Bavarian/South Bavarian, or “African” descent. In Europe, such a regulation would rightly send voters to the barricades rather than the polls. In the U.S., on the other hand, such entries by “race” are common, and in some states they are even mandatory.

The forms are available on the internet. In the form for the Certificate of Citizenship you have to choose among the “races”: White, Asian, Black or African American, American Indian or Alaska Native, Native Hawaiian or Other Pacific Islander, as well as the “Ethnicity,” namely, “Hispanic or Latino,” or “Not Hispanic or Latino.”

On voter registration forms some states also require this same information, although “multi-racial” is also permitted. At birth, however, the mother must first check whether she is Hispanic, and if so, whether from Cuba, Mexico, or Puerto Rico. In the second column she must indicate “mother’s race” and choose from 15 possibilities. Same for the father. And why the effort? Hospitals want to know “exclusively for medical reasons.” Does the aspirin work differently depending on the 15 races, or would the heart be in a different place?

The many social and aid programs do not only look at need but at ethnicity. They create group rights.

But this absurd questioning, an actual form of racial accounting, does not stem from ingrained institutional racism; on the contrary, it is the result of generous efforts. For in the United States, dozens of national and even more state social programs are established, often targeting eligible minorities. The form for employment in the federal service explains it. First, the 1997 Budget Department regulations require these classifications, secondly because this is “necessary to ensure equal employment opportunities throughout the federal system.” In addition, the self-classification is presented as voluntary, but if it is missing, then the hiring department will “determine race and ethnicity” by “visual assessment.”[i] It seems that resistance is futile.

Creation of Group Rights: A Policy of False Equality

But there’s more. The many social and aid programs do not only look at need but at ethnicity. They create group rights. This approach is wrong, even outrageous, for three different reasons: first, republican institutions are not supposed to record such differences between citizens, thus favoring some over others; second, these divisions codify racial differences forever; and third, social policies for housing, scholarships, income subsidies, etc. must be geared toward the material need of each. Otherwise, members of a group in the same situation may receive more than others. This in no way promotes peace between the groups, but rather, it galvanizes group thinking and thus prejudices, which are breeding grounds for racism and the like. Overzealous social policy, however well-intended, thus does a lot of harm in the U.S.

The problems that arise from “racial accounting” by authorities are illustrated in the above-mentioned form used by federal authorities for hiring their employees. On the one hand it distinguishes between the Indigenous peoples, namely between “American Indians” and “Alaska Natives,” “Hawaiians” and “Other Pacific Islander.” This is an extremely bizarre consequence of an equal opportunity policy. Since these Native American groups have often already been strongly absorbed by the immigrant population, someone who invokes this group identity must “maintain tribal affiliation.” The perpetual galvanization of division in the USA could not be more drastic. In addition, “Blacks” must come from “black racial groups of Africa.” But Indians, Lebanese, Greeks, and later Portuguese and French have all intermixed in Africa for two-thousand years—should DNA analysis now be used to determine the percentages?

Indeed, these pure categories cannot be maintained in real life. Barack Obama, son of a white mother, for example, registered as a black man in the civil registry at an early age, thus giving him the honor of being the first black president. At some universities there is apparently a bottleneck of the various groups because the indiscriminately granted access for minorities here and there, as well as the presence of diligent Asians who are pushing in, now leave the “whites” less room than their share of the population, thus introducing a new form of discrimination.

The U.S. senator, Elisabeth Warren, who has long since become a progressive demagogue, previously claimed that she was a “Cherokee woman.” When everyone laughed, she even took a DNA test that certified that she was of American Indian descent: between one thirty-second and one five-hundredth. Then, when the real Cherokee Nation secretary of state protested and an ethnologist said that the ordinary “white” American had more Indian blood than she did, this hurt her chances as a candidate for president.

This was just an unforced error in the USA’s fashionable “identity” game. But in Europe, some people want to make up for the mistakes of the USA after a decades-long delay. Two authors at Bloomberg complained in July 2020 that French companies were unable to really prove whether they had any “diversity.” For France does not have any racial registries. In Germany, some circles are calling for an “Afro-census.” Germans of African descent are supposed to come forward “so that finally the information on strategies for better protection and support of people of African origin can be created.” The author of these lines has come forward because his ancestors immigrated from Africa 40,000 years ago. All jokes aside, if this were to become really serious, then in Europe, too, we would have, for example, given preference to blacks in social housing, which would then become ghettos of hopelessly barracked migrants, or we would have offered support not according to need but according to descent, and access to education not because of appropriate ability but on the basis of birth certificates.

But a correct and liberal social policy has implications: The Republic is color-blind. The Republic knows no group rights. The Republic helps on account of need, and it helps all equally needy people equally. The Republic promotes linguistic, educational, and professional skills in a differentiated manner according to existing deficits, but exams and the life course thereafter freely follow the spirit of a “marshal’s baton in the knapsack,” that is, without any legal group privileges.

Finally, the light at the end of the racial tunnel: the groups of people scattered over the world in the Neolithic period, with slight changes in color, are now growing together by living together and having children. From the Tower of Babel to One world! That is, if they are not artificially catalogued and separated.

[i] “Providing this information is voluntary and has no impact on your employment status, but in the instance of missing information, your employing agency will attempt to identify your race and ethnicity by visual observation.”