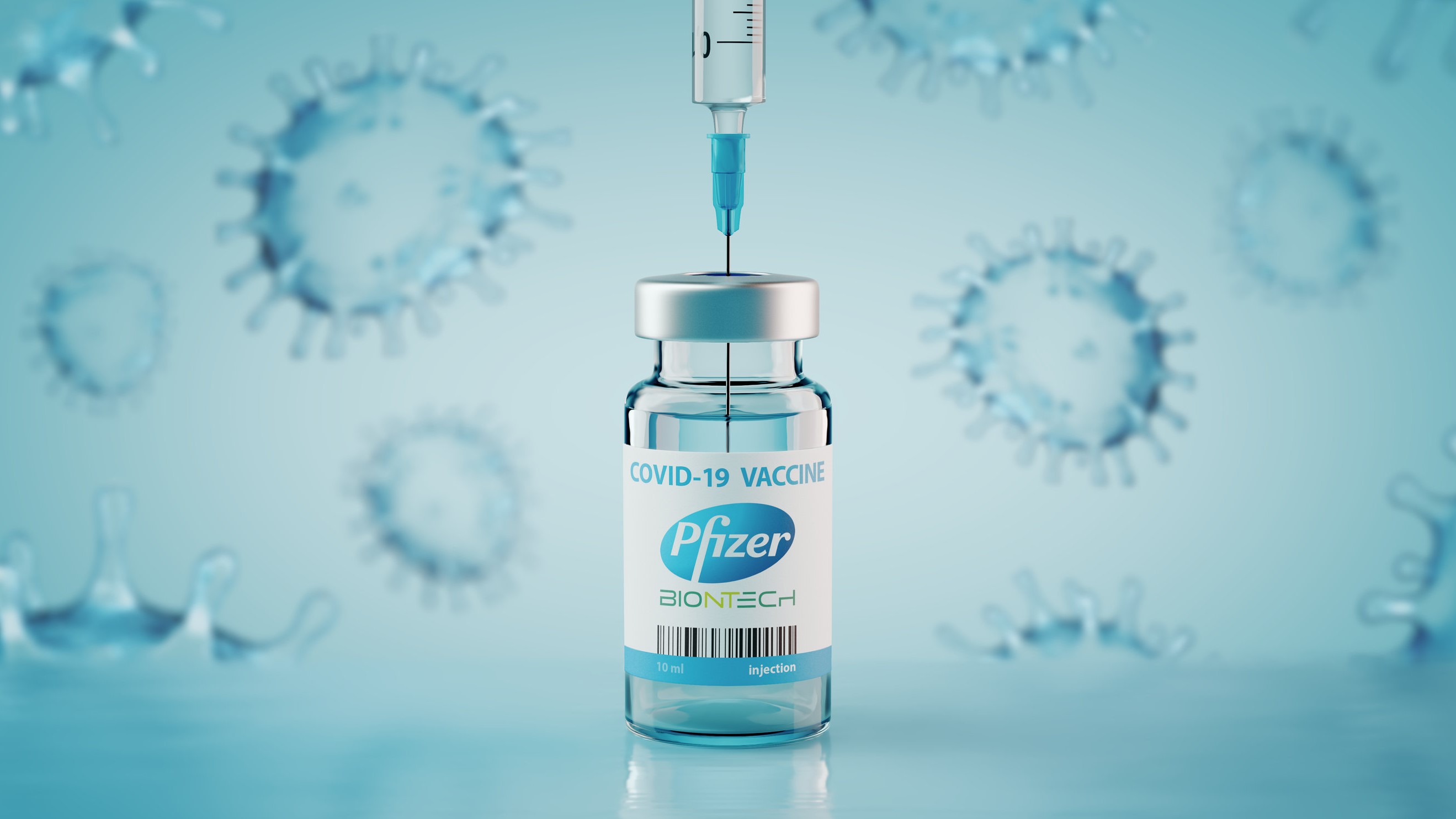 Patent protection has come under general scrutiny in the Coronavirus crisis. Even U.S. President Joe Biden and his French counterpart, Emmanuel Macron, spoke out in favor of removing patent protection in the case of Covid-19 vaccines. Influential NGOs and economists on the left have been calling for this for some time. Among them is the well-known economist Mariana Mazzucato, who advises the EU Commission and the World Health Organization.

The mRNA technology that helps ensure the prompt return of our freedoms would not have been available in 2020 without billions in investment funds that poured in over the course of a decade.

Mazzucato says the springboard for the vaccine was decades of massive public investment in research and development. Germany’s Biontech has received 371 million euros, he says, while the U.S.’s Moderna has received well over $1 billion. Vaccines, he said, must therefore be seen as a global public good. The development aid organization Oxfam also castigated the pharmaceutical manufacturers for not sharing their know-how, even though they had received billions in public funding.

But is this picture accurate? Is the success of Biontech and Moderna based primarily on government funding? Is the public thus paying for their inventions twice—once in the form of tax money for research and now a second time through the purchase of vaccines?

A Fateful Encounter at the Copy Machine

For a long time, there was little evidence of public funding in the development of the mRNA technology on which Moderna’s and Biontech’s vaccines are based. Rather, one must be glad that a fateful encounter occurred in 1997 at the copy machine of the medical school at the University of Pennsylvania in Philadelphia. At the copy machine, Hungarian-born biochemist Katalin Kariko was telling immunologist Drew Weissman about her research on messenger RNA, mRNA, which directs cells to produce certain proteins.

Kariko, now 67, was struggling to make ends meet at the time. She had no publications to show for her work and was barely able to attract funding. Kariko’s vision was that synthetic mRNA could turn the body into its own pharmaceutical producer. Cells would be programmed, for example, to fight off HIV viruses or cancer cells.

Weissman saw the potential in their approach and diverted money for them from another project. In 2005, the two published their first results. Kariko and Weissman even started a company, but no one liked to invest in them. One problem was that mRNA worked in the lab, but as soon as it was injected into laboratory animals, the body rejected the substance.

Established Drug Companies Waved It Off: Too Risky

Both research funding and major pharmaceutical companies deemed mRNA too risky and an approach without much commercial potential. Yet somehow it went ahead. First, there was a group led by Derrick Rossi of the Massachusetts Institute of Technology and Harvard Medical School, which drew inspiration from Kariko and Weissman’s research. It also set out to trick immune defenses, and in 2010, Moderna was founded—the company name meaning “modified RNA.”

They raised money from venture capitalist Flagship Pioneering, which had also set up shop in the Boston biotech hub. In addition to private money, Moderna received a $25 million grant from the federal Defense Advanced Research Projects Agency (DARPA) in 2013 to research vaccines.

Second, Kariko continued to pursue her vision. In July 2013, she gave a talk that was also attended by Ugur Sahin, who founded the German company Biontech with his wife Özlem Türeci in 2008. Sahin was interested in working with mRNA to develop an influenza vaccine. That same day, he offered Kariko a job, finally giving her the stability for her work that had eluded her in the public research enterprise.

In the Right Place at the Right Time: Vaccination Was Up and Running within Hours

Biontech and Moderna were in the right place at the right time when the Coronavirus pandemic broke out, thanks to years of experience with mRNA technology. Chinese scientists had published the genetic code of the new Coronavirus on January 11, 2020. Within two days, Moderna had designed a vaccine with the National Institutes of Health (NIH), a U.S. biomedical research agency.

Biontech said it took as little as a few hours. Moderna delivered the first doses for testing on Feb. 24, 2020, and the vaccine was injected into the first subject as early as March 16. In previous cases, it had always taken several years for a vaccine to be approved.

The story of Biontech and Moderna is a prime example of why, at least in biotechnology, patents are important to keep investors on board.

The story of Biontech and Moderna is a prime example of why, at least in biotechnology, patents are important to keep investors on board. The two companies had been taking heavy losses for years because they did not have a finished product until the Coronavirus vaccine. In Moderna’s case, losses added up to a massive $758 million in the two-and-a-half years before the 2018 IPO—prior figures are not available—and in Biontech’s case, losses totaled 225 million euros in two-and-a-half years before the listing. Venture capitalists and other investors, including Geneva-based private bank Pictet, had already injected $2.6 billion into Moderna by the time it went public.

Meanwhile, Germany’s Biontech benefited from the risk appetite of twin brothers Andreas and Thomas Strüngmann, who became billionaires when they sold their generics company Hexal to Novartis. In 2008, they provided Biontech with start-up capital of 150 million euros, which helped the company through the first few years. In total, Biontech raised more than $1.3 billion in investor funds by the time it went public in 2019.

Universities Are Not Naïve—They Trade their Patents

Inventions always build on older discoveries. Therefore, there is no one patent underlying mRNA technology, but rather entire patent families. One difficulty, for example, was getting the mRNA molecule into the body’s cells in one piece. This problem was solved by coating it with lipids, a method that is again patent protected.

When companies use existing patents, this is not “free”; rather, they must pay fees for it. The University of Pennsylvania owns about ten patents related to Kariko and Weissman’s work. These were sold by the university to a company to which Moderna transferred at least $75 million even before 2019. According to the Wall Street Journal, Moderna also paid $400 million in royalties in the first nine months of 2021.

Biontech and Moderna would have been able to further develop their Coronavirus vaccines on their own and sell them at exorbitant prices. It was only in the final stages that the state stepped in.

Biontech partnered directly with Drew Weissman’s lab at the University of Pennsylvania. A 2018 announcement from the company reads, “If proprietary Penn technology is part of a new mRNA-based vaccine, the university will be eligible to receive additional milestone payments and royalties from BioNTech.”

Moderna has been working with NIH for four years to develop an HIV vaccine. That relationship could be leveraged when it came to finding a Coronavirus vaccine. However, a dispute has since erupted over which scientists should be included on a patent application that was important for the Coronavirus vaccine’s creation. Moderna claims its scientists found the relevant genetic sequence on their own, but the NIH sees it differently. They are currently looking for an amicable solution.

Billions Flow Back to the State as Tax Money from Profits

Biontech and Moderna would have been able to further develop their Coronavirus vaccines on their own and sell them at exorbitant prices. It was only in the final stages that the state stepped in. The U.S. donated $18 billion to finance production capacities and clinical trials, and to pre-order vaccine doses. This bought valuable time in the fight against the virus. Companies usually cannot do both at the same time: they must wait for the results of clinical trials before setting up factories on their own.

Moderna and Biontech may be making a lot of money now, but they have not stolen success. For many years, the owners waited for the breakthrough. Notable public funding did not come into play until 2020 when mRNA technology was already “mature.”

It was right for the government to speed up the process and take risks away from the companies. In fact, Nobel laureate Michael Kremer estimates the benefit of vaccination at $1400 per person, while the cost of an mRNA vaccine dose is around $20 to $40.

Moderna and Biontech may be making a lot of money now, but they have not stolen success. For many years, the owners waited for a breakthrough. Notable public funding did not come into play until 2020 when mRNA technology was already “mature”—and when it was in the public interest to pull out all the stops to ensure that existing vaccines were also available quickly and in sufficient quantities.

The Kariko experience, however, raises the question of whether established research funding is too wedded to the status quo. Public support is especially needed at an early stage when it is not known whether the research will result in anything tangible. Turning research results into market-ready products, on the other hand, should be the domain of private companies.

Clusters of research institutions, startups and financiers also proved important in the case of mRNA vaccines—but such aggregations can hardly be “bred.” Certainly, companies benefited from working with universities and training researchers. At the same time, universities are now increasingly monetizing patents. Some of the companies’ profits are also flowing back. For example, Biontech will pay about 1 billion euros in taxes in 2021 at its headquarters in Mainz alone—at that point, the government’s 371 million euros have already been more than repaid.

The disdain for private initiative is thus misplaced in the case of the Coronavirus vaccines—on the contrary, the mRNA technology that helps ensure the prompt return of our freedoms would not have been available in 2020 without billions in investment funds that poured in over the course of a decade.

Genocide in Ukraine? A Western-Oriented Nation’s Fear of Extinction

An overview of Ukrainian history shows why the fight against the Russian aggressor is a matter of either supporting or not supporting the continued existence of Ukraine. The accusation that this is a form of genocide seems justified in this light. 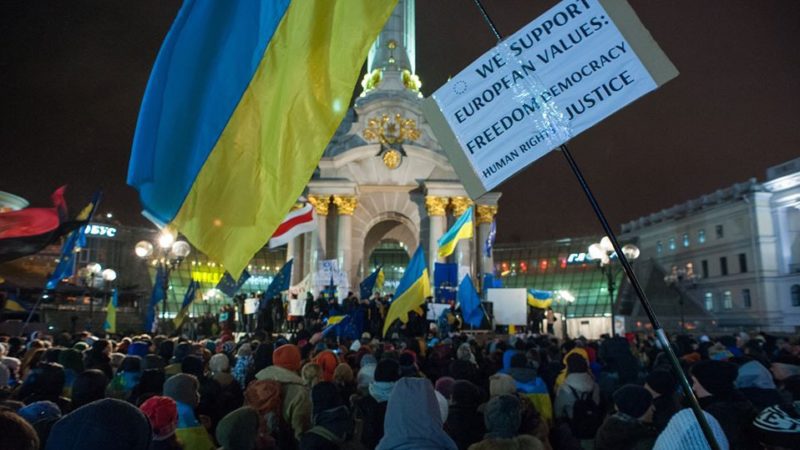 Ukraine Defends Its Freedom—And That of Russia

For years, Russian propaganda has tried to spread the narrative of NATO endangering Russia’s security. However, with his war against Ukraine, Putin is trying to thwart a free, Western-oriented Ukraine because it is a threat to his power. 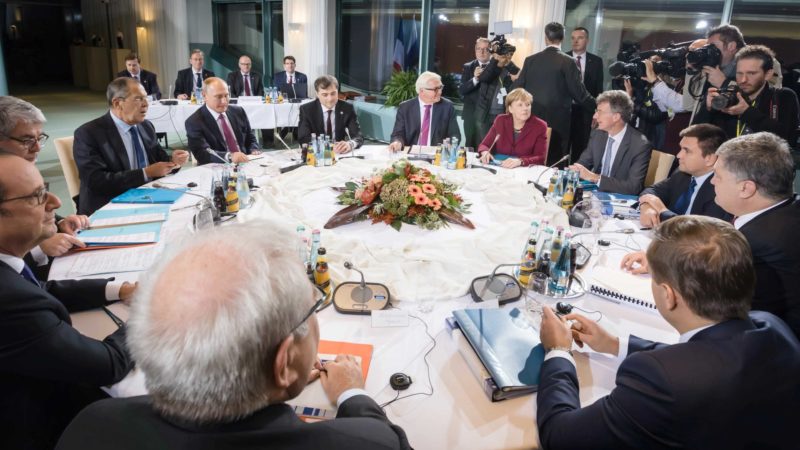 What Are Russia’s Foreign-Policy Goals? How Should the West React?

Russian foreign policy is an attempt to bring former Soviet republics home to the Russian Empire and regain hegemonic influence over former Warsaw Pact states. This analysis from 2016 is particularly relevant today.