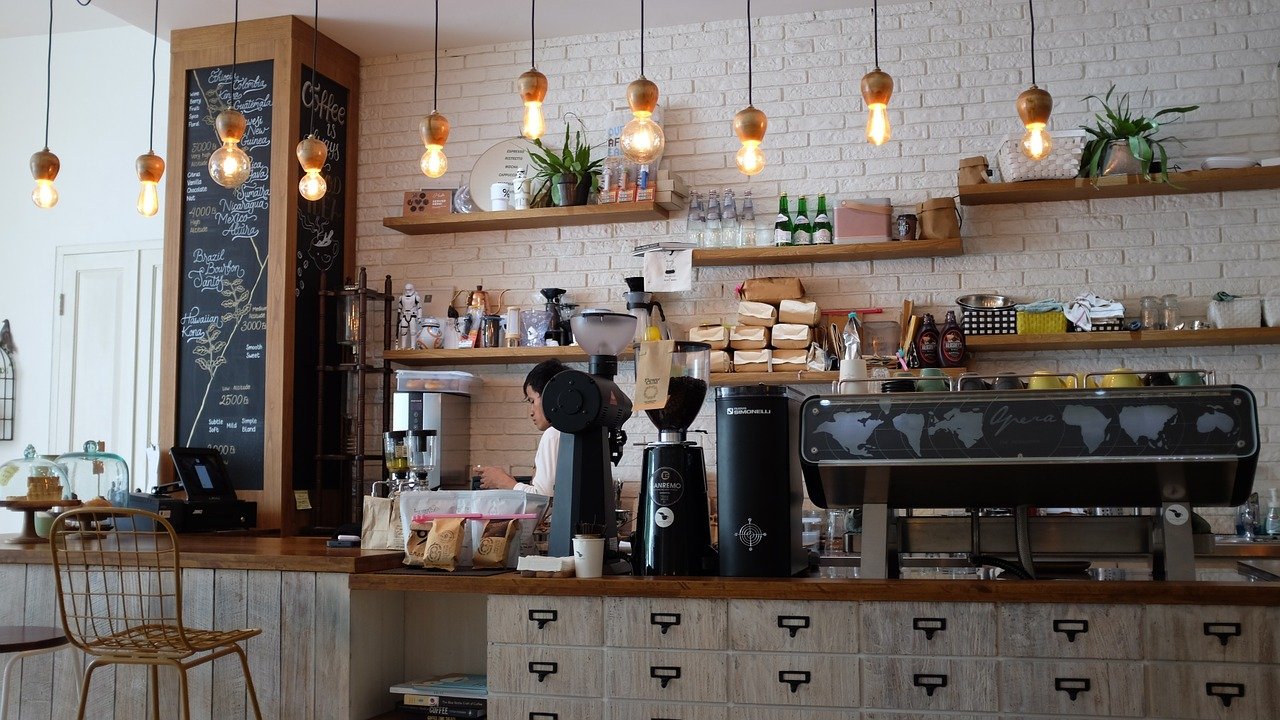 Employee in a coffee shop in the USA: It is not minimum wages that help the working poor, but tax incentives to work. Work must pay and be a way out of poverty. (Image: pixabay)

The best welfare program in the world is still running in the USA, and it is called the Earned Income Tax Credit (EITC). It is a tax credit for the working poor, or, in other words, a negative tax whereby the government pays out instead of taking in. It started in 1975, and I call it the best social program because low earners lose little support when their income increases: when they find more work, they take on more work.

As a social program, the EITC promotes and rewards work, integrating people into society.

By contrast, conventional social assistance, especially in Europe, also supports the poor, but for every euro (or franc) the poor then earn themselves, one euro is deducted from the assistance. Up to the support threshold, up to the threshold of the poverty definition, a poor person or family earns nothing from additional work. The poorest are subject to a “tax burden” of 100% on their self-earned income. We do not expect that from a billionaire!

From Welfare Claimant to Active Taxpayer

The mechanics of the Earned Income Tax Credit can be illustrated by considering a family with two children. From a very low earned income of zero to $14,950, the IRS adds 40%. The measure here is the entire household income, i.e., of both partners. With the self-earned income of already a good $14,000 this subsidy amounts to $5,980, and the total income of the household thus reaches $19,980. If the members of the household now put in even more effort, taking on more work, then this subsidy of $5,980 remains constant up to a self-earned income of $19,520 (total income thus being $25,500) and then only decreases by 21% for each additional dollar earned. With each additional labor input, the household has more income at each point in time. Entirely in mathematical terms, the support then decays, going to zero at just under $50,000 of income. From that point on, the household becomes an active taxpayer, and the negative tax is “phased out.”

For single working poor, the rates are much lower, but the work incentive runs the same. Single people with children fare almost as well as a married couple, which is enough to carry single mothers through. The other framework conditions are appealing—the support limits also apply to low-earning self-employed persons, such as farmers. Those in need can apply for the tax credit on an ongoing basis and already receive it. Income from assets (shares, interest, funds) is not counted for up to $10,000 per year.

The misuse of the EITC through misappropriated income accounts for about 20% of cases, i.e., the same as with the usual tax returns. In any case, fraudsters are excluded from the program for years after the fraud.

The EITC has always been supported in the U.S. by both parties represented in Congress; it was introduced under Republican President Ronald Reagan and massively expanded under Democratic President Bill Clinton. Today, at a cost of well over $60 billion, it is the third-largest welfare program in the U.S., after Medicaid and Food Stamps. The latter support needy people who do not work at all.

Normally, the EITC would go a long way because its dollar appropriations are handsome by U.S. standards, reaching into the lower middle class, namely the bottom 40% of the income pyramid. In the COVID hysteria, however, Republicans under President Trump, now under President Biden, already outdid themselves with unconditionally transferred checks to all households (up to a couple’s income of $150,000), with additional unemployment benefits, and with child tax credits to boot. The condition of self-effort was removed, and it is no wonder to many economists that the labor participation of the unskilled in the U.S. fell to such an extent that there is now an alarming shortage of truck drivers, waiters, and unskilled labor.

This social program of the EITC is also the answer to the ill-advised proponents of an unconditional basic income. This would be costly beyond measure. Instead of incentivizing work, as the EITC does, it would discourage it. Former Federal Reserve Chairman Bernanke also indulged in thoughtless chatter about these basic incomes when he brought them into the discussion—and he did so by referring to the conservative economist Milton Friedman. But Friedman, of all people, had turned against basic income and—long before 1975—recommended a system like the EITC. This was successful, especially in social terms, and significantly strengthened the U.S. labor market.

Some think that under an EITC companies could lower wages because the state would then provide this subsidy. But minimum regulations on wages and working conditions are too dense everywhere, so that the EITC will not cause wages to fall. That we should raise minimum wages continuously is more of a myth, like that of achieving happiness through a basic income.

In the U.S., for example, only 30% of minimum wage earners live in actual poor households. The vast majority are students, women who work occasionally, temporary agricultural workers, retirees who continue to work, etc., who simply earn a little extra income as minimum wage recipients, but not their daily bread. Minimum wages therefore act as a watering can, not as a targeted poverty reduction—the EITC, on the other hand, does just that.

While we are on the subject of myths—the latest Nobel Prize awarded to U.S. economist David Card is, according to the Swedish sponsors, intended to reward his evidence that the introduction of a minimum wage does not reduce employment. But David Card’s study (along with the already deceased Alan B. Krueger) examined cases in the distant 1980s in New Jersey’s restaurant sector. But those are jobs that are needed locally and not subject to world market competition. As always, only the good cherries are picked out without reading the text carefully (although this study has been criticized for a long time).

Beyond such disputes, however, economists and researchers in the U.S. agree that the EITC helps millions of households to stand on their own two feet, that it provides incentives for millions of people to work more, i.e., it rewards work, and that with its help one million children have escaped child poverty.

Therefore, as a social program, the EITC promotes and rewards work, integrating people into society. It does not devalue work as a basic income would.