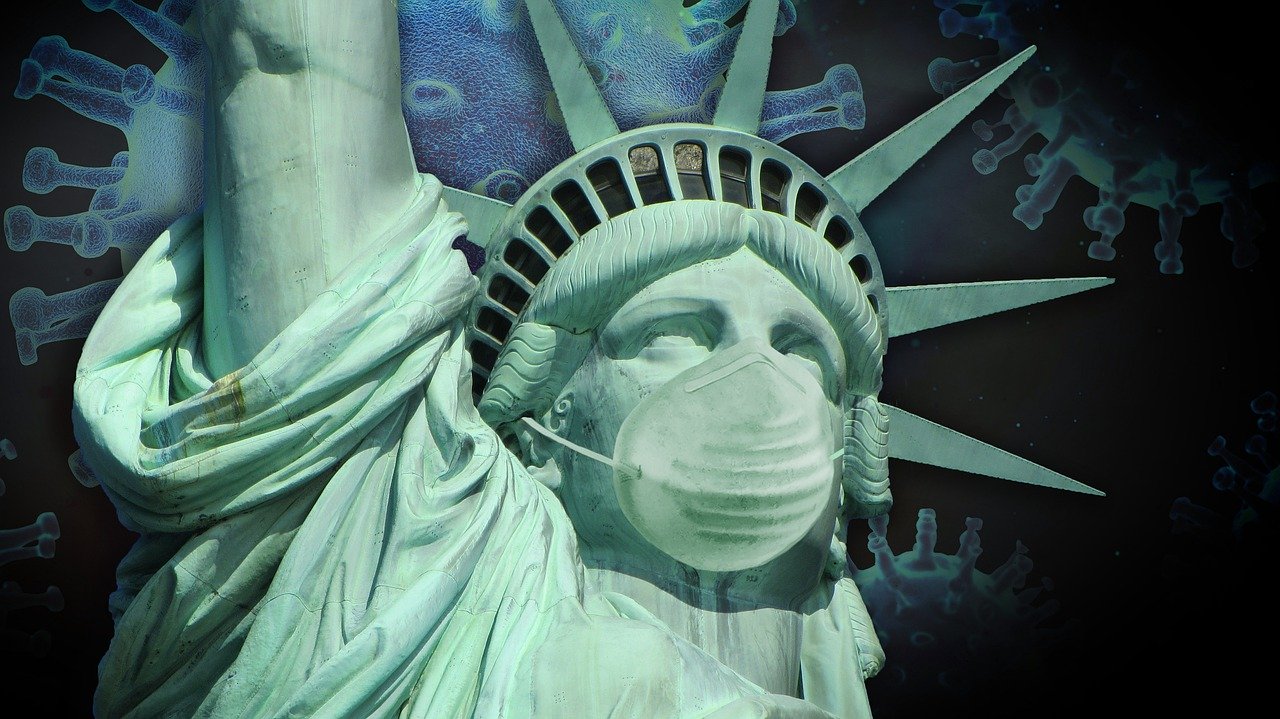 Like Europe, the U.S. is trying to save the corporate sector with huge loan buying programs. There is a hidden threat of a slide into the state-run economy, with signs of decline reminiscent of former socialist planned economies. Picture: pixabay

The Coronavirus crisis is spreading worldwide. The spread of a virus has caused many governments to close shops, factories, and borders. Meanwhile, the lockdown has even been likened to the Great Depression. But the fact that economic life is partially suspended for several weeks is likely not the only reason for the crisis. On the contrary, the lockdown is likely concealing a financial crisis that has been looming on the horizon since December 2019, with turmoil in the U.S. repo market.

This is all because the global financial and debt crisis that shook the world economy from 2007 onwards was counteracted with a flood of money by the major central banks: something unprecedented at the time. Strict regulation helped to ensure that low interest rates would not trigger new excesses in bank lending. Nonetheless, corporate debt continued to swell sharply, especially in the U.S. and China (see chart and Çelik et al. 2020). The cheap money was used to finance the maintenance and further expansion of global production capacities. By using low interest rates to fuel consumption worldwide, central banks helped utilize credit-financed overcapacities in industry and the service sector.

This benefited the large German companies, and this led to the DAX rising by over 250% from the low point of the global financial crisis in February 2009 until shortly before the outbreak of the Coronavirus crisis in March 2020. In addition, the European Central Bank’s persistently low interest rates fueled a boom in the German real estate market from 2010 onwards, which was increasingly perceived as a dangerous exaggeration. Since 2019, the global economy had been cooling off, starting with China and the emerging markets, so that the business climate in manufacturing deteriorated noticeably for export-dependent Germany (see e.g. Finanz und Wirtschaft, 2019). With the emerging underutilization of excess capacity, the sustainability of corporate debt was thoroughly called into question. A financial crisis in the corporate bond sector became apparent. The lockdown has accelerated and intensified this crisis.

Germany and Europe are thus in the midst of a dramatic threefold crisis with the shutdown along with the export and financial crises, while the real estate boom is also on hold. Accordingly, the rescue packages are huge. In Germany, a supplementary budget of 156 billion euros is meant to support small businesses and employees and compensate for tax losses. An economic stabilization fund of 820 billion euros has been allocated to support large companies with loan guarantees and recapitalizations.

The European Central Bank announced a “Pandemic Emergency Purchase Programme,” which will increase purchases of government and corporate bonds to 1.1 trillion in 2020.

The European Central Bank (2020a) announced a “Pandemic Emergency Purchase Programme,” which will increase purchases of government and corporate bonds to 1.1 trillion in 2020. Unlimited allocation in refinancing operations combined with significantly relaxed collateral requirements (ECB 2020b) could boost the ECB’s long-term loans from 600 billion euro before the crisis to up to 3 trillion euro, according to Christine Lagarde (ECB 2020a). Furthermore, representatives of the ECB have made it clear that all ceilings could be removed at any time (ECB 2020c).

Billions in Bailouts for Countless Companies around the World

While stabilization measures were focused on the financial sector in the wake of the last global financial crisis, the focus of new rescue measures has shifted to the corporate sector. The German Economic Stabilization Fund has already committed huge loans to TUI and Adidas. The government’s acquisition of a stake in Lufthansa and Condor has also been initiated. France has also decided to grant state loans to companies in the amount of 300 billion euros. The state investment bank BPI is providing liquidity loans. And companies with particularly bad ratings are financed directly by the French Ministry of Finance (Schubert 2020).

In the U.S. too, the Fed has directed its monetary policy bailout measures towards the corporate sector with a huge corporate loan buyback program. Loan programs totaling 950 billion dollars have been set up for small and medium-sized companies. Large companies are being helped by purchases of corporate bonds in the amount of 750 billion dollars. For a while now in China, the state-controlled banking sector has been extending more and more loans at ever lower interest rates to companies in anticipation of a reduction in production capacities  and job losses (Schnabl 2019a).

After banks became dependent on low interest rate policy during the last global financial crisis and were partially nationalized, now large parts of the corporate sector are coming under state control. Governments do not compensate for the damage caused by the lockdowns, but instead grant extensive loans or take stakes in companies. Central banks are buying corporate bonds directly on an even larger scale and are granting extensive loans to companies in a targeted way via the banking sector. In the future, the financing conditions of companies will therefore be determined to a large extent by governments and central banks.

For more than 20 years now, loosening monetary policies have been contributing to creeping nationalization by signaling and effecting ever decreasing financing costs (Schnabl 2019b). In boom phases, low interest rates fueled investment, speculation, and consumption, while in crises financing conditions were loosened even further to avoid unemployment. This process is entering a new round with the current crisis. The Federal Reserve is similarly demanding that companies which benefit from bailout loans maintain jobs and continue to pay wages.

In order to avoid unemployment, the state banks continued to grant loans to unprofitable companies.

The credit conditions that are now being created are reminiscent of what Kornai (1986) called soft budget constraints for Central and Eastern European planned economies: In order to avoid unemployment, the state banks continued to grant loans to unprofitable companies. Ludwig Erhard (1971) said: “If more and more companies or enterprises are struck by the fear that their existence is threatened without direct or indirect support from the state, then they become subservient and in bondage—they become ripe to flee into the collective.” In France, President Macron has even publicly announced that he will nationalize the balance sheets and wages of almost all companies (Financial Times 2020).

The continuing slide into the state economy will not be without consequences for the lives of individuals. If interest rates remain low and lending is almost free, the incentive to operate efficiently will be reduced. The Bank for International Settlements had already established before the current crisis that there be a considerable proportion of zombie companies that depend on lenient lending (Banerjee and Hofmann 2018). As a result, productivity gains, which have already fallen significantly, are likely to decline further or even become negative from now on.

Therefore, major increases in wages and social security contributions are unlikely to materialize in the future, while consumer price inflation is likely to rise as a result of the further significant increase in the money supply. Since it can be assumed that the European Central Bank will keep interest rates low in the long term, savings will also continue to be devalued in real terms. The further slide into planned economy structures is likely to be associated with further restrictions, such as those typical of the former socialist planned economies. In the past few weeks alone, people have already experienced supply shortages, hoarding, long lines for food and supplies, and restrictions on freedom to travel.