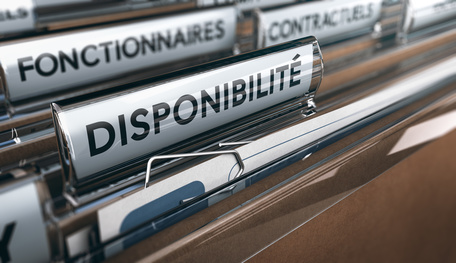 A proliferating civil service and bureaucracy are putting more and more pressure on the French state. (Picture: fotolia)

The billions spent by the European Central Bank are not going to save the labor markets of Italy and France. This is proven by figures from the everyday business world.  When a French employee, say, makes one-hundred Euros in wages, his firm has to pay a further forty Euros to the state and the social system.  Such work costs 140 Euros gross, and when it goes “over the counter” – that is, when it is sold as a product or a service – then a further “Value-added tax” of 20% is applied. The customer winds up paying 168 Euros.  But the employee, after all the deductions and taxes on his side, only brings home 85 to 90 Euros.  The work that he is actually compensated for, costs the consumer almost twice as much.

Imbalance between the productive and unproductive populations

The discrepancy disappears into the deep pockets of the French state.  But where does it go exactly? Starting from this everyday burden we have described, you can judge something about the gigantic national burden of the French state, which lies like a heavy hand upon the economy.  France has 66.2 million inhabitants. But the actively working population is only 29.2 million. From this figure must be subtracted 3.8 million of unemployed or employees-in-training, (according to the figures of OECD or the International Employment Association) who do not count as productive workers.  And then there are a further 5.6 million employed by the state who produce no saleable, economic value. One may object, and say that some of these workers, being teachers or care-givers, are performing jobs that clearly are necessary. But there are bureaucratic burdens here too, making almost as many bureaucrats as teachers in the education sector alone. Nevertheless, when the gross national product is computed, all publicly employed persons with their salaries and office expenses are included, and without this fiction the GDP would be significantly lower.

Not counting bureaucrats and the unemployed, therefore, only about 20 million persons are employed in the French economy.  And yet, the remaining 46 million must be supported by these value-producing workers– either privately or with social insurance programs and taxes. Each working person pays for more than two other inhabitants.

This is how we arrive at a full view of the labor expense of individuals in their daily lives, together with the overall burden of the French economy: the enormous growth since 1945 of the super-state eats up an enormous part of the domestic product, and this is mirrored in the daily expenses of businesses and consumers.

The growing bureaucracy and the vain attempts to escape its damage

But so far we have not even touched another issue: the restraints, the frictions, and the inertia that governmental agencies put in the way of private enterprise: permits, regulations, diploma requirements, standardizations, documentations, “do’s” and “don’ts”.

How do we get out of this prison?  In recent decades, every French administration has announced their intention to reduce bureaucracy, but such campaigns always meet with the angry resistance of the bureaucrats in question and end up being postponed.  Germany, on the other hand, has in fact easily reduced its bureaucracy in recent years, and in contrast with the French 19.2% of employees being state bureaucrats, they are only 10% in Germany, and the same goes for Switzerland.

France, on the other hand, always creates new bureaucrats for every problem – usually known as “observatoires” – which include a Director, a President, Advisors, and scientific consultants.  Consequently, there are “observatoires” – put in place without being elected – Regional, Territorial, Secular, and many others. In the last two decades the Regions have been  upgraded with additional staffs and administrations, without removing anything from Paris.  A special commission has been set up just to produce an overview of all the state offices: the annual report of the public sector amounts to a wordy 664 pages and employs 111 contributors from the various agencies.

The conclusion is easy to draw but hard to fathom: France will never escape from this governmental over-build, except at the price of massive, new unemployment. Even with a natural rate of retirement, almost all future academics would be jobless, since the universities operate as state “career- training” institutions. The labor market would reveal an unmanageable “mismatch”: both the bureaucrats released from their service and the young academics are largely unfit for private, profit-producing work.  Nor has any administration taken serious steps to correct the stark difference between actually-paid wages and anticipated (the cost of these wages for the employer). This could only occur if a lot fewer bureaucrats had to be paid by the state.

Instead of promoting a healthy style of government, Europe just “opens the money faucet”

Europe looks for the remedy not in reforms like this but in Keynesian monetary stimulus. Nevertheless, the European Central Bank with its unbelievably high amounts of money-creation under the former President Mario Draghi has in no way healed the French labor market over the past decade, and the same can be said for Italy, which suffers from the same upheavals.  What is worse is that Draghi has dispensed the political leaders from doing anything about it by buying up and monetizing the ever-increasing debt of France and Italy.  Draghi simply wanted to keep “turning on the faucet”.

The result? Whoever proceeds with some “methodological individualism” – that is, whoever studies carefully the daily action of individuals, how they react, and only then observes the overall economic effect – will have doubts about the current orgy of money-creation. The Austrian school of economics follows this path from the individual to the whole, instead of the way politicians do, which is to call for stimulus at the macroeconomic level through monetary plugging of the leaks in the budget, and to claim that everyday difficulties are going to vanish thereby.  This practice of the USA and Europe is the “artificial manufacture of prosperity”, as a financial expert has aptly named it.

To conclude with a small, perhaps annoying observation: when the customer pays 168 Euros, and the employee only takes home 85, everything would go so much better if the business sold the item for 120 Euros, but “under the table”: the customer saves 48, the business owner has a 20 Euro tax-free profit, and the worker ends up with 100.  Of course, this is not meant to encourage black-market activity.  But is anybody surprised?  No – it’s just what is meant by “methodological individualism!”

Tranlsation from the German original by Gerald Malsbary.