Has Liberalism Failed? A Response to Patrick Deneen (Short Version) 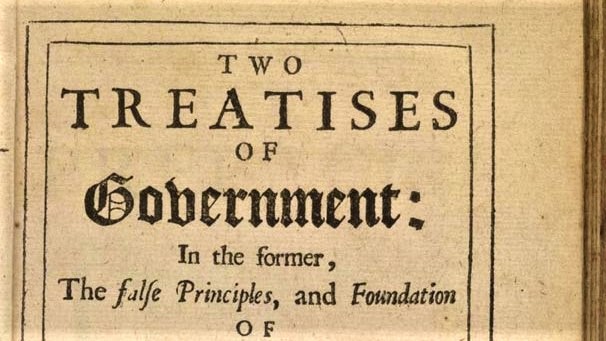 Did the classics of liberalism misunderstand freedom? Upper section of the title page of John Locke's "Two Treateses on Government", published in 1689 (Picture: Wikimedia Commons)

The Economist, the Wall Street Journal, and the New York Times have reviewed it, the latter twice. Former U.S. president Barack Obama praised it for its “cogent insights into the loss of meaning and community that many in the West feel.” I am referring to Patrick Deneen’s Why Liberalism Failed. Deneen, a professor of political science at the elite University of Notre Dame, is also a rather conservative Catholic and “communitarian.” And Liberalism is his enemy.

For a fuller and documented version of this article see Has Liberalism Failed? Patrick Deneen’s Populist Anti-Liberalism: A Catholic Classical Liberal’s Response. Or direcetly download the full version as Austrian Institute Paper No. 35-EN/2020.

Liberalism as the Enemy

According to Deneen, liberalism failed because it was successful. Thus, it has destroyed its own preconditions. According to the classical pre-liberal and Christian understanding, which, according to Deneen, liberalism has always systematically fought against, man is not free by nature, but rather freedom must be learned. Based on the understanding of freedom as merely the ability to do what one wants, liberalism pushed aside humanistic education, which was based on the practice of self-control and virtue, and, by dissolving communal ties, it promoted loneliness and the “alienation” of the individual, in the end making the individual dependent on the bureaucratic welfare state. Thus, the modern person has become more individualistic, while at the same time placing more trust in the state.

Deneen takes on all varieties of liberalism... which, according to him, are the result of a false conception of human beings.

Deneen takes on all varieties of liberalism, the conservative market-oriented and progressive left-wing liberalism—both of which, according to him, are the result of a false conception of human beings.

It is true that Deneen wants to preserve liberalism’s “wonderful ideals”: human dignity and freedom. But what Deneen calls a moral alternative to an inhumane world of market-based globalization, ecological overexploitation, growing inequality, bureaucratic overreach of human life, and uncontrolled power of elites is actually a dead end of illusions. His strategy is to resist liberal “anti-culture” with small, local, morally and religiously homogeneous communities in the hope that this will spontaneously lead to something new and ultimately a better world.

Deneen finds the “reality” that he considers as a standard in the texts of the ancient classics and Christian Europe. However, what is completely ignored is the real history of the emergence of the modern world: the real institutional conditions of securing freedom, the economic laws and requirements for the survival of humanity in prosperity and dignity, as well as the already advanced decoupling of growth and resource consumption made possible by technological innovation.

At the Heart of the Matter: The Rule of Law

This must be challenged. The signature of modernity and, ultimately, of liberal constitutionalism is the insight that freedom is not to be secured by the virtues of individual rulers, but by the rule of law. The fact that the state was no longer seen as a highly moral institution, but rather pragmatically and instrumentally as a means of securing freedom, or the fact that now, instead of the virtue and wisdom of rulers, the rule of law and separation of powers were to be foundational, does not, as Deneen suggests, entail a downgrading of the goals of morality or the establishment of a new concept of freedom.

Liberalism means the political authority no longer had the task of acting as an arbitrator or even as an educator in questions of morality and religion.

Instead, it meant that political authority no longer had the task of acting as an arbitrator or even as an educator in questions of morality and religion. This is what liberals advocate, even those who, like this writer, are convinced of the existence of a truth in these matters. As the authority that safeguards freedom, the liberal state is also the protector of the free market and of the “spontaneous order” (F. A. Hayek) of society that is made possible by it. Deneen, on the other hand, claims—incorrectly—that the “free market” is also dependent on state labor, interference, and support. This is de facto the case, but it is precisely for this reason that there are no longer any “free market economies” today, but rather mixed entities that are often obstructed, over-regulated and often mismanaged by the state. These economies are built on the constant disregard for liberal principles of order—this is how it has been for decades now, to the detriment of freedom, justice, and prosperity.

From Social-Minded to Socialist

Liberalism has not failed, but it exists in various forms, some of which are in fact partly responsible for the undesirable developments that Deneen diagnoses. Many liberals assimilated—together with Christian Democrats—the genuinely social democratic view that capitalism must be tamed socio-politically so that it does not only serve the rich; the results of the market must be corrected by redistribution for social reasons. In addition, the individual must be protected as completely as possible against his or her uncertainties by a state safety net—not only for actual serious emergencies, but also in cases in which one could help oneself. Read Ludwig Erhard to see what a perversion this is of the original—liberal—concept of his “Social Market Economy”!

A number of demands of the neo-Marxist Cultural Revolution... are advocated by “liberals” today... These cannot in any way be derived from the essence or anthropology of liberalism.

Thus, not only many entrepreneurial initiatives, but also the family as a natural community of reproduction, upbringing and provision for the future was increasingly deprived of oxygen. The “ideal” now promoted by liberals, too, of integrating everyone, men and women, as fully as possible into the process of gainful employment and socializing education accordingly, is reminiscent of Friedrich Engels’ socialist program to destroy the bourgeois family. Such a program, along with a number of demands of the neo-Marxist Cultural Revolution—such as the idealization of a complete decoupling of sexuality and reproduction or “anti-authoritarian” models of education—are advocated by “liberals” today, and not only in the United States. But these cannot in any way be derived from the essence or anthropology of liberalism.

However, some liberal positions in the past were ambivalent, such as J. S. Mill’s concept of freedom. For he saw the ultimate justification of freedom in its mere exercise—no matter what purpose and what good it serves, so long as it does not harm others. This is a useful criterion for the legal-political level, but it is not suitable for the non-political sphere—whether it be for the family, moral formation, or education.

A pedagogy based on this idea leads to disorientation and has a destructive effect. John Locke, who is cited by Deneen as the chief liberal representative, had a different concept of natural freedom: he understood it to mean the freedom to do what one wants, but—and this is left out by Deneen—“within the limits of natural law.”

Defense of the Project

The “value-conscious” liberal is on a tightrope walk. He must clearly distinguish the level of personal conduct of life—where freedom of choice between good and evil, morality and virtue, is always at stake—from the political level. The latter is that level of the legal defense of the freedom of everyone, which makes possible the peaceful coexistence of citizens who have divergent views on good and evil, morality and virtue.

However, “progressive” liberals or “left-wing liberals,” as one would rather expect socialists to do, rely on statist, state-interventionist measures to enforce their own, ultimately egalitarian moral conceptions and, more recently, identity-political demands. In this way they participate in the game of the anti-bourgeois cultural revolution.

The liberal project today must be defended both against conservative-reactionary critics and its left-wing liberal gravediggers. The latter indeed undermine the social and moral preconditions of a free society—in this respect Deneen is right. Liberals need strong ethical convictions, and a liberal society needs a social foundation capable of shaping such convictions.

This is exactly what the liberal Zurich constitutional law teacher Dietrich Schindler taught decades ago in his classic work Verfassungsrecht und soziale Struktur (“Constitutional Law and Social Structure”): a liberal state that emphasizes the independence and freedom of the individual, as well as a democracy, would require “compensation through opposing principles,” “moral prerequisites,” “self-discipline, moderation . . .”, and a “code of virtues.”

It was, and Deneen conceals this, the “left” Cultural Revolution, which advocated the opposite against liberal, bourgeois society. And it continues to do so in an extraordinarily effective manner, because many liberals today are its allies out of sheer short-sightedness.

This article was originally published in German language under the title “Alle gegen den Liberalismus” in: Neue Zürcher Zeitung (September 17 2020, p. 28), and online on nzz.ch.