“Give unto Caesar what is Caesar’s”—but no more: monetary policy as a strategy to extend state power 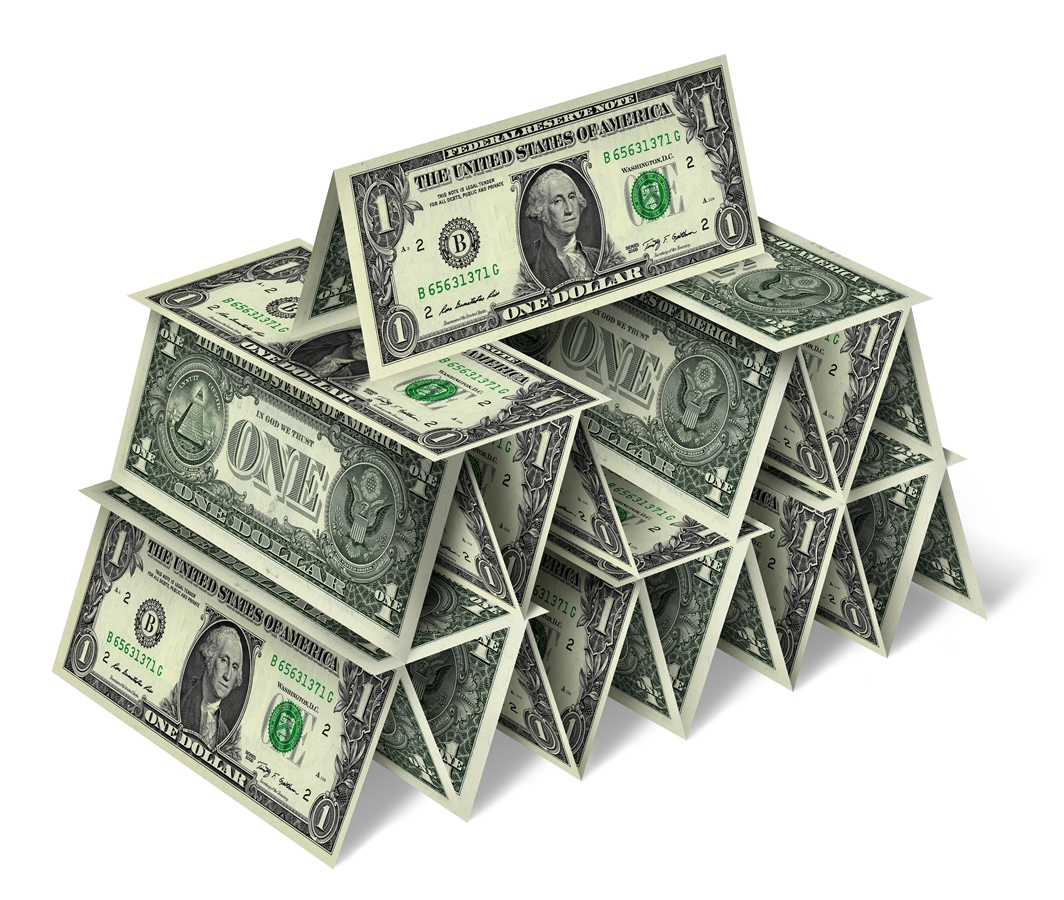 When contemplating the future, and trying to imagine possible outcomes and developments, there is always a fine line between optimism and self-delusion. We generally overestimate our individual and collective abilities to influence what lies ahead; and we tend to underestimate the power of external factors to thwart our plans. Even when such external factors are already in place, shaping our choices and decisions, we still choose to believe that someday such pressures will end and we will simply be allowed to go about our business. This kind of persistent denial and willful blindness prevents us from taking any sort of precautionary measures.

Unfortunately, this is the case for most people who express objections and voice dissent against our current economic system. Simply complaining about the countless faults of our public institutions, no matter how reasonable the arguments supporting these grievances, achieves very little—other than allowing us to vent our emotions. But mere petulance is a poor and ineffective defense. A more apt approach would be to face the facts and act accordingly.

Our edifice of our entire economic system is practically a game of ‘Jenga’; and its building blocks are fiat currencies (that is, paper money that is not backed by anything). These are nothing more than make-believe, intrinsically worthless pieces of paper and digits on a computer screen. They are backed by nothing but faith. Even though there once was a time when the economic structure of our societies appeared outwardly solid and conceivably sustainable, today, as the game progresses, and as the various policies and interventions are becoming ever more frequent and aggressive, every new move by our monetary authorities seems increa

singly threatening to the structural integrity of the entire edifice. Arbitrary and reckless manipulation of the monetary system, as well as institutional attempts to distort fundamental economic principles, are all desperate efforts to keep the tower of Jenga standing— even as the pieces are already falling all around us.

It is becoming increasingly clear that the government’s over-reaching power—the unilateral actions it takes and, more importantly, the ripple effects of such actions—are inescapable. Invasive policies and aggressive manipulation of an already artificial economic system are bringing it ever closer to the breaking point. There are numerous recent examples of such imperious interventionism, all of which have consistently brought toxic consequences, both intended and unintended. One only has to consider the utter absurdity represented by the concept of ‘negative’ interest rates. Even in the theoretical realm, such a concept blatantly defies basic economic principles, and it demonstrates the level of desperation that the system’s ‘handlers’ have reached. Quite predictably, it has wreaked havoc with financial planning decisions and it has forced investors to seek alternatives to conventional banking options. For example, Munich Re, the world’s largest reinsurer, has had to turn to gold and even physical cash simply to avoid being penalized with a return of -0.4% on their deposits with the ECB. But the effects of such a measure have gone beyond the institutional instruments used by multinational corporations and big banks: They have ultimately threatened the prospects of private investors and ordinary savers as well.

Cash might spring to mind as an accessible and straightforward alternative. However, even this—and the simple act of storing wealth outside the banking system—is not the ‘safe’ alternative we once thought it was. A few days ago, the ECB decided to scrap the €500 note, which was only the latest in a long series of institutional attacks against cash. By putting forward arguments like “cash is used by drug lords and terrorists, [and] law-abiding citizens have little use for it”, governments are seeking to force transactions online and, thereby, ease the monitoring of the activities of all economic agents. Deposits can then be used effortlessly for ‘bail-ins’ and depositors can be subjected to ‘haircuts’, as was the case in Cyprus only last year. Access to one’s savings can also be simply denied, blocked, or limited by capital controls. This was demonstrated in the most recent example from Greece where employers were required to apply for special permission to withdraw enough funds to honor their obligations towards their staff, suppliers, and business partners.

BNP Paribas: an example how ‘Caesar’ extends his power

Then we have last year’s widely under-reported case of the US government vs. BNP Paribas, a case which concisely demonstrated the absolute and unfettered power that lies in the hands of the modern-day ‘Caesar’. The French bank was ordered to forfeit a record $8.83 billion and pay a $140 million fine after being found guilty of violating US sanctions against Cuba, Sudan, and Iran. The transactions in question did not officially take place on US soil or even within US jurisdiction; but since the bank used US dollars, they had to go through a correspondent bank in the US (as is normally the case for transfers made in US dollars). This provided the legal grounds for the US government to claim jurisdictional authority over the bank’s dealings.

The US government’s victory over the bank established a remarkable legal precedent. The intimidating severity of the sentence, which “made an example” out of BNP, in conjunction with the bank’s public and humble admission of “guilt” forced other banks to conform—“before it’s too late”. It was reported that Crédit Agricole and Société Générale officially launched an internal review to determine whether they had violated US sanctions in any of their dealings.

What the verdict against BNP Paribas actually means is that the US government is now allowed to prosecute and punish any transaction that uses US dollars which it deems contrary to its national interests—no matter where it takes place in the world. In this way, the US government unilaterally claims universal jurisdiction over private trades and contracts, irrespective of geographic, national, civil, or legal restrictions and boundaries. Nationality or base of operations notwithstanding, simply using the US dollar makes one instantly subject to US law, and one must then act in accordance and within the bounds of the US government’s decisions.

The common denominator of these examples—and the moral of the story they jointly narrate—is that there is no ‘safe haven’ to be found from the high-handed interventionism of imperious central planners (not while one remains within the boundaries of their system, anyway). Simply trying to avoid these risks while still operating “under the government’s roof”, or trying to mitigate the consequences of new policies and decrees after the fact, is pointless. Employing defensive maneuvers or believing that we can pro-actively plan and prepare for such actions, amounts to little more than wishful thinking. Much like hoping to beat the odds in a casino, reality trumps hope; and the house always wins.

The arguments against the political and economic establishment are clear and irrefutable, and the growing disillusionment and lack of confidence in the powers that be are well justified. The “jury is in” in this debate and the verdict is resounding: the system has failed. The only question that now remains is:  what can the individual do about any of this?

In my view, the time for merely debating, contemplating, and philosophizing about the theoretical aspects of financial repression or other invasive government measures is long past. There are practical steps to be taken to find one’s way out of the system.

First and foremost, to continue with our initial metaphor, one needs to locate one’s wealth as far away as possible from the Jenga tower and “give unto Caesar what is Caesar’s”. What this means in practice is that it is essential to steer clear of those assets that are most closely linked or dependent on the government—such as cash (whether physical notes or deposited in a bank account), government bonds, and any other assets that derive their value from the aforementioned sources. This does not mean, however, that one should not hold these assets for running liabilities that one has in fiat currency.

Second, in order to safeguard one’s wealth and private property, one should invest one’s assets using other options. Of course, some options are more reliable than others. But even if not all of them are absolute panaceas, it is still up to the individual to choose the appropriate action that best suits his or her needs. For most individuals, holding a diversified portfolio of real assets—composed of a healthy blend of stocks, real estate, and real currencies such as gold—is the best way to go.

Third, I am also convinced that the jurisdiction in which one holds one’s assets will become even more important in the future. Thus, securing one’s assets in countries with a long history of respecting private property rights is essential.

It is time for the dissenters and the critics of the monetary system to actually practice what they preach. In its logical conclusion, the concept of personal responsibility dictates that it is up to the private individual to protect his or her own assets. It is only in this way that they will be able to reclaim control over their own economic future.