The Peace Palace in The Hague, seat of the International Court of Justice in wintertime. Will there ever be another spring in Europe after Russia’s contempt for the international legal order of human rights? (Image: Lybil BEr - Wikimedia Commons)

For a long time, Western politics saw itself as a kind of charity, with states spending vast sums on social welfare and all manner of bailouts. Thanks to artificially low interest rates, states accumulated debt after debt at virtually zero cost. The European Central Bank had become a compliant servant of politicians, and applied tricks to disguise its monetary state financing, financing that was in itself forbidden. The consequences of this inflationary glut of cheap money are now becoming painfully and increasingly threatening, as is apparent in the extremely socially harmful erosion of the purchasing power of our incomes and assets.

It is not because Putin's Russia has revealed itself as our enemy that we are now in a position to rediscover the political, but the other way around: because the political in Europe’s understanding is based on law, we are able to recognize Putin, the great despiser of law, as our enemy.

But then all of a sudden: War in Europe! People began to talk about the turn of the times, armament, European defense shields and the like. Even the most socially bleeding heart and greenest politicians now support arms deliveries to war zones and even bite, albeit reluctantly, into what is for them the sourest of all apples: the use of nuclear energy. After all, people with low incomes can no longer manage to pay the electricity and heating costs, the increase in which is now being added to the inflation caused by monetary policy, and one does not want to let one’s voters freeze in the winter.

All this is happening because we have again a clear enemy with a name: Vladimir Putin’s Russia. The name Putin now stands for everything that contradicts Western values and ideals. The Russian president threatens our peace, security, and prosperity. He is the classic enemy, not only of the Ukrainian people and nation, but—as it was said in earlier times—of the free West. Politics is now suddenly no longer a charity and feel-good event; it has become a bitterly serious matter. The recent call of a Jürgen Habermas for the renewal of communicative reason and for dialogue with the aggressor seem unworldly in this context.

By contrast, Carl Schmitt’s definition of the political as a “distinction between friend and enemy” seems to some to be an alternative to Habermas’s denial of reality and a clearer compass. In 1932, the German constitutional lawyer, who had fallen into disrepute as a legal apologist for Nazi terror, wrote in his famous essay “The Concept of the Political” (“Der Begriff des Politischen”) that “all political action in the specific sense can be traced back to this distinction,” and that the motives of this action are also shaped by it.

That is why, philosopher Konrad Paul Liessmann recently wrote in the Neue Zürcher Zeitung (Aug. 20, 2022), that it is now a matter of “regaining the insight that there is no politics worthy of the name without distinguishing between friend and enemy.” This is true in a trivial sense, of course; in times of war, it is even obvious. But does politics, to be politics, need the distinction between friend and enemy? Does this distinction really express the very essence of the political? And is such an understanding of politics the liberal alternative to Habermas’s rule-free communicative reason? Or, to put it another way, does a state whose existence is threatened by an external enemy better embody the political, and more purely, than a state that lives in legally ordered peace and commercial exchange with its neighbors?

The Defining Element of the Political Rests in Law

Such questions already indicate that Schmitt’s definition of the political is deficient. As is the view that it is only thanks to Putin’s Russia that we finally know again what politics really is. For Schmitt’s concept of politics hangs in the void. The essence of politics is not determined by the distinction between friend and enemy, but rather by law. At least, this is how the entire European tradition saw it, and this is also how the modern era and the Enlightenment saw it, not only Kant, but already Thomas Hobbes, whom Carl Schmitt wrongly claims as the chief witness for his position.

For Schmitt’s interpretation of Hobbes is based on a misunderstanding. Hobbes, in fact, stands for the foundation of legal positivism on natural law. He did indeed write: “Autoritas, non veritas facit legem” (“The authority [of the state], not truth, determines the law”), but that refers only to the positive law, not the law as such. Law is first of all natural law, for the preservation of which people, out of fear of a violent death and with the help of fourteen “natural laws” commanded by reason, renounce violence and authorize a sovereign governmental power to possess a legitimate monopoly on violence. By authoritatively removing legislation from the dispute of competing truths, the latter “secures peace as a means of self-preservation” (Leviathan, Ch. 15). Now this does not happen over a background of a “normative nothing” (Carl Schmitt), but precisely because of the natural right of every human being to defend his own life with all available means.

Hobbes’ Leviathan is therefore a rule of law in an extremely precarious but nonetheless fundamental sense. The political is based on the individual’s right to self-preservation and on natural reason, which on the basis of this right points to peace as the optimal state for self-preservation. Thus, for Hobbes, what is actually political is precisely the overcoming of the friend-enemy relationship that dominates in the “war of all against all.” However, this is done through the empowerment of a sovereign who now authoritatively determines, as public reason in the service of peace, what is to be considered just and unjust—but who thereby paradoxically endangers the very thing for which he was appointed: the preservation of law.

Hobbes regarded the English jurists of the common law as his opponents. They, too, saw in the political a reality related to law and bound by law, a law, however, that was tradition and living judicial law in one, an institution that the great Chief Justice Edward Coke, author of the famous “Petition of Right” (1628), called “artificial reason” and whose constitutionally ordering function developed within the framework of parliamentary legislation and a power structure determined by “checks and balances,” as it was called in William Blackstone’s “Commentaries on the Laws of England (1765).”

The modern, liberal organizing principle of the rule of law—political action’s  ultimate justification and a criterion of its legitimacy —derives, albeit not exclusively, from the constitutional tradition of Anglo-Saxon common law. Montesquieu’s epoch-making account of the separation of powers is found, not coincidentally, in a chapter entitled “Da la constitution de l’Angleterre” (De l’Esprit des lois, 11, 6).

A Liberal Compass: Politics as a Struggle for Law

That the distinction between friend and enemy belongs to the political, is always latently inherent in it, and is also factually present in cases of the external aggressor or the internal constitutional enemy, is not thereby denied. But even in these cases—and this is the core of the matter—the distinction between friend and enemy is not the original distinction; it remains related to the law. If one does not want to lose one’s liberal compass, it is the latter that is the fundamental category. Vladimir Putin is a “public enemy” because he is an enemy of our liberal legal order, indeed of law in general, and precisely for that reason he is also an existential threat.

According to the fundamental insight of Aristotle at the beginning of his books on politics—and it is still present in Habermas as well—the specificity of human coexistence is based on language and reason (both “logos”), which are able to distinguish right from wrong. The understanding of what is just, according to Aristotle, founds the state, the polis, the ordering and management of which is called “politics.” The great modern theorists of international law, such as Francisco de Vitoria and Hugo Grotius, also stood in this tradition.

It is not because Putin’s Russia has revealed itself as our enemy that we are now in a position to rediscover the political, but the other way around: because the political in Europe’s understanding is based on law, we are able to recognize Putin, the great despiser of law, as our enemy. Otherwise, he might just be the stronger, smarter one, one with whom we could perhaps—with a little communicative reason—reach a compromise after all, just so that we don’t have to freeze in winter. 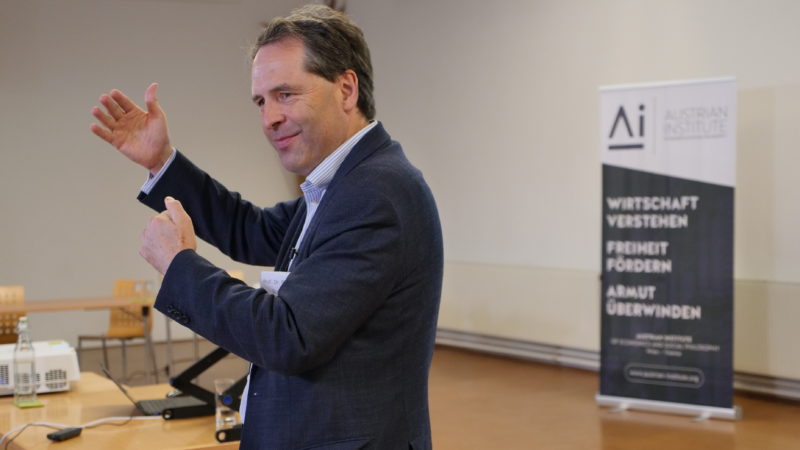