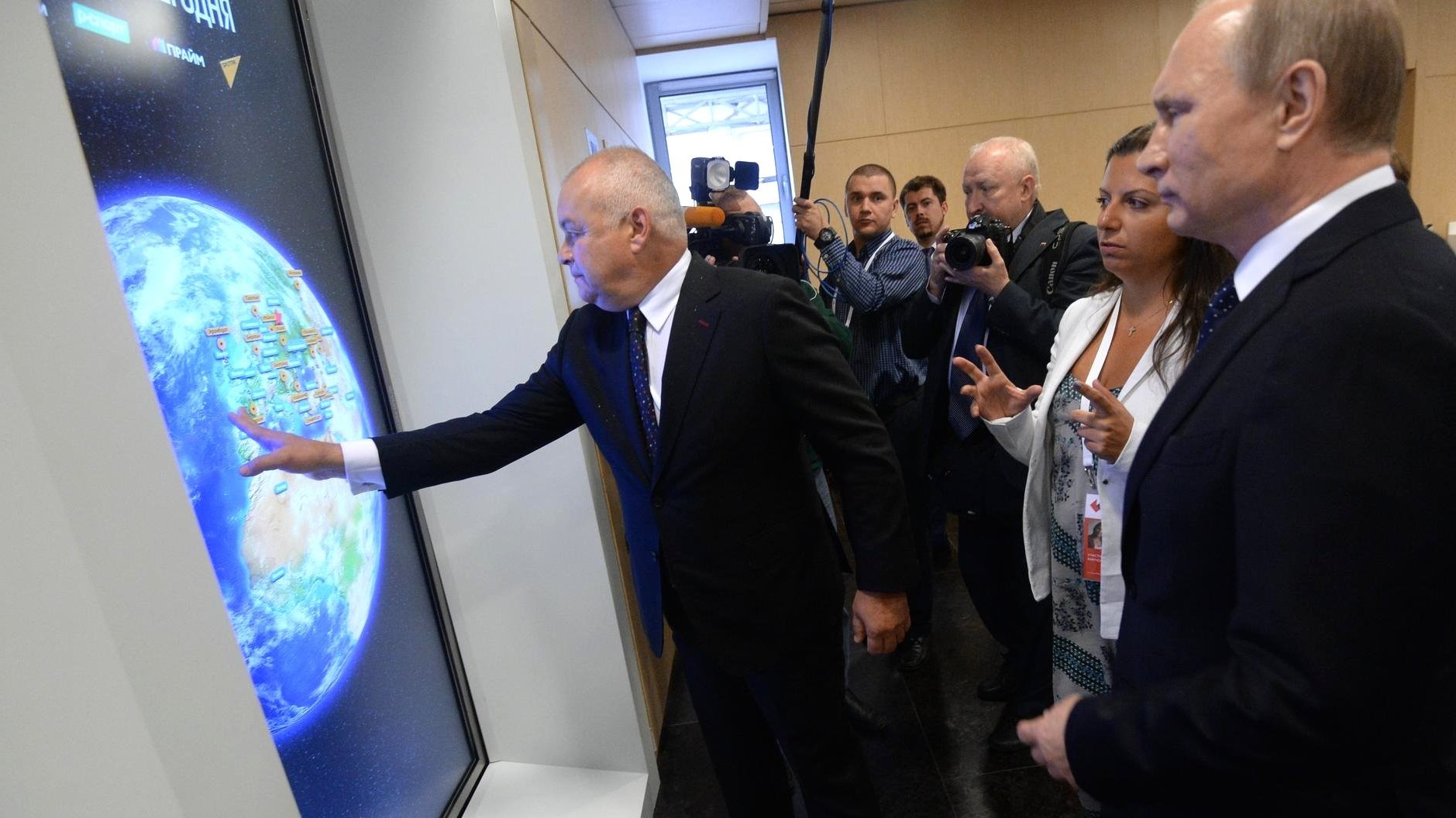 More and more people are warning about the economic consequences of military support for Ukraine and sanctions against Russia. Europe in particular, they say, would only be cutting its own flesh and putting its prosperity at risk.

As is well known, Russia is waging this war in a hybrid manner. Moreover, this war started a long time ago. Just because the West, i.e., NATO, is not fighting back militarily in Ukraine does not mean that we are not at war with Russia.

There is no doubt: The costs of military aid to Ukraine and economic bottlenecks resulting from the sanctions against Russia will cost us dearly. And they will reduce our prosperity. Whether such sacrifices are appropriate depends on answering a single question: Is the Russian war of annexation against Ukraine merely a regional conflict in which we support the attacked out of sympathy and solidarity? Or is it an aggression that seriously threatens the West, especially Europe, that is, does it threaten us, our liberal self-image, our democratic political culture and, in the long run, our prosperity?

In other words, is the Russian aggression against Ukraine also one against Europe or the West as a whole? As is well known, Russia is waging this war in a hybrid manner. Moreover, this war started a long time ago. Just because the West, i.e., NATO, is not fighting back militarily in Ukraine does not mean that we are not at war with Russia. This is not a call to blur the lines between military use of force and non-military means. It is even less a call for direct NATO intervention in the war—on the contrary. Instead, it is—to modify a well-known quote—about recognizing that “if you want peace, recognize that you are already at war.”

That means first recognizing how the enemy is waging its war against you—not with guns and machine guns, but with propaganda, disinformation, influence, and sabotage in cyberspace, by dividing public opinion and sowing mistrust and fomenting hatred. Russia is using massive intervention to try to destabilize our democracies by influencing election campaigns and supporting extreme positions, both left and right, that encourage polarization and disenchantment with democracy. Evidence is mounting that massive amounts of Russian money are pouring out for this purpose. All of this is highly dangerous.

Moreover, Russia has succeeded in making Europe dependent on its raw materials. Now it is in the process of appropriating the Ukrainian breadbasket and thus gaining control over global food security. The recent Russian offer to release grain shipments from Ukraine in exchange for the lifting of sanctions is an easy trap to see through. Putin’s Russia—whether it is only his remains to be seen—wants to use Ukraine to gain geopolitical hegemony in Europe and, with its grip on the breadbasket of Europe, to gain it in Africa and elsewhere.

The enemy is the allegedly “decadent” USA: an image that generates anti-Americanism, which, as the fruit of years of Russian propaganda and disinformation, now prevails not only in leftist minds but is also spread by the right. That the U.S. itself established a kind of hegemony in the wake of World War II, and did not always behave innocently, is well known. But the hegemony of the dollar and American military superiority is one under whose protection freedom and prosperity can flourish.

Imperial Dreams and their Dangers

Of course, Russian disinformation also fuels the West’s doubts about whether it is worth making so many sacrifices to prevent a Russian victory against Ukraine—a victory, it should be noted, that would lead to the declared extinction of Ukraine as a sovereign state and as a nation of Western-oriented culture since the Middle Ages; as well as to the elimination of the Ukrainian political and cultural elite, to mass deportations, which have already begun in the conquered territories, and to the re-education of the “remnant people” by the force of systematic censorship and authoritarian rule—just look at today’s Russia.

A Ukraine dominated by Russia in this way would bring the realization of Putin’s imperial dream a significant step closer. The Baltic states, with their large Russian populations, as well as Moldova, would find it difficult to escape Russia’s influence. Pressure on Poland would increase, especially since it now has an enormously high population share of Ukrainians. Putin will then be able to use the social tensions that are likely to arise from this, and which Russia will certainly encourage, as a pretext for interference and attempts to exert pressure. And that would only be the beginning.

It is in the best interest of the West, and Europe in particular, that Russia does not win this war and that space is created for a peace agreement on the basis of which Ukraine can continue to exist as a sovereign and democratic state.

In any case, Russia’s geopolitical strength, augmented by a Russified Ukraine and strategically rounded out by its satellite Belarus, will make itself felt in Europe in an uncomfortable way. This is especially the case because in a world that has made peace with an imperial Russia, there would then be no reason for us to continue to resist dependence on its oil and gas reserves. Otherwise, Russia could get its foreign currency from China and India and, together with these heavyweight geopolitical players—simply by their sheer numbers—increase pressure on Europe.

What Did Kissinger Really Say?

A sober consideration shows that it is in the best interest of the West, and Europe in particular, that Russia does not win this war and that space is created for a peace agreement on the basis of which Ukraine can continue to exist as a sovereign and democratic state. The aged Henry Kissinger said last May 23 at the WEF in Davos via video feed in partly difficult to understand speech (cf. the not quite error-free transcript and the decisive excerpt from the video): Ideally, he says, we should return to the “status quo ante,” and then leave Russia alone, because anything else would no longer be a war to liberate Ukraine, but a war against Russia. On this, we agree.

But what did Kissinger mean by “status quo ante”—what does the “ante,” the word “before,” refer to here? In early March 2014, Kissinger had demanded in a widely quoted article in the Washington Post, among other things, that Crimea be returned to Ukraine. The Donbass was not yet an issue at that time. Ukrainian President Selensky is now demanding as a precondition for negotiations the withdrawal of the Russian army behind the lines set before February 24, 2022. That also sounds reasonable. Crimea and the Donbass would then be the subject of negotiations.

But in the international press Kissinger’s proposal was unanimously communicated quite differently: He demanded, it was stated everywhere, that Ukraine cede territories, namely the Donbass and Crimea, if not more. However, the words “territories,” “Donbass” and “Crimea” do not appear at all in Kissinger’s statements! So, who manipulated Kissinger’s message and fed the leading media with the falsification of the statements of the 99-year-old old man, from which then all others copied? In any case, the result was a furious reaction of the Ukrainian president to Kissinger’s alleged claims, as well as howls of triumph from Western Russia-friendly media. This is how Russian disinformation and propaganda works!

In the Interest of the West

So, those who raise the question of costs regarding sanctions and delivery of weapons should first ask themselves whether they have understood that we are already at war with Russia, or whether they prefer to close their eyes to reality. It is in the interest of Europe, of the West as a whole, to stop Putin. And for the time being, the only way to stop him is in Ukraine, by ensuring that it wins the war to such an extent that Russia is forced to begin negotiations the initial conditions of which are acceptable to Ukraine.

The fact that we are defending our freedom in Ukraine is therefore not an idealistic-moralistic, purely ethical appeal, but an expression of responsible-ethical acknowledgement of our own interests. However, anyone who is at war must also be prepared to bear the corresponding costs, to make the necessary sacrifices and to accept the resulting restrictions. This, in turn, could also have a healing effect for our spoiled, comfort-seeking, and entitled society.