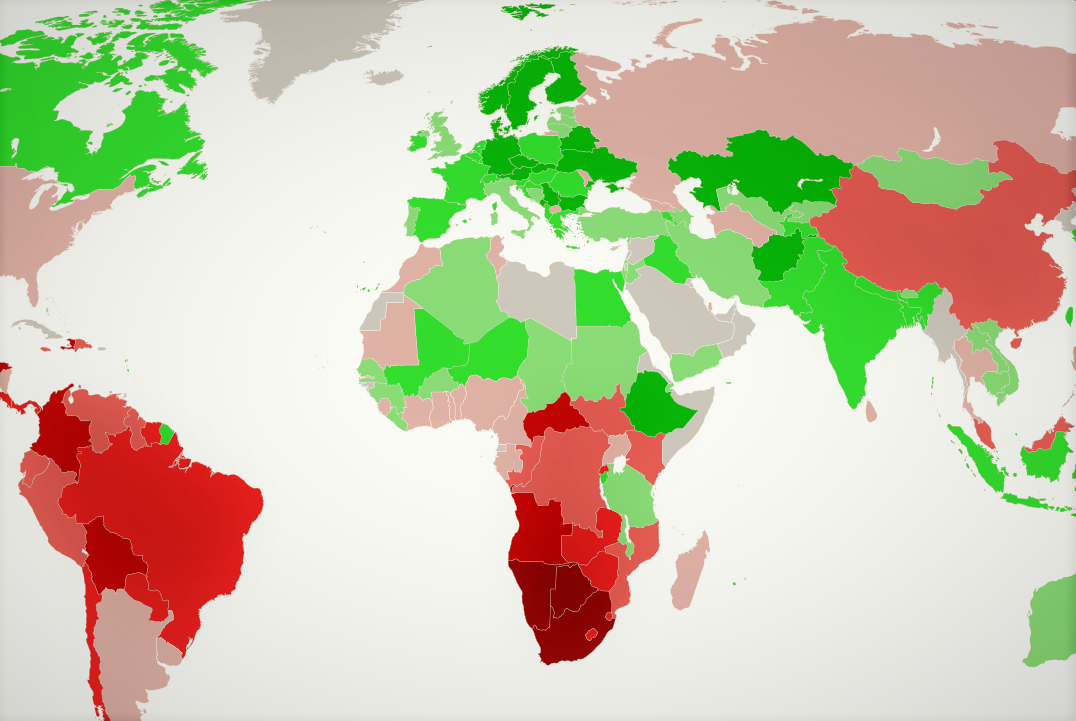 Appearances are deceiving: despite widespread belief, worldwide income inequality is on the decrease, and it has been for decades. (Photo credit: M Tracy Hunter / Wiki Commons)

Every year the Oxfam-Report has sensational headlines, with “Shocking Facts about Worldwide Inequality”.  “Hundreds of millions of people live in extreme poverty, while those at the top are well-paid . . .“ – thus begins the 2019 report with the usual alarmist tone. The economy is to blame, because while the income of billionaires is rising to “record levels”, in the meantime, the “poorest in the world are getting still poorer.” Twenty-six billionaires own just as much as the 3.8 billion poorest people in the world. Experts have doubts about the seriousness of these figures. “A lot of things are thrown together here”, says Branko Milanović, one of the world’s leading scholars of income inequality, in a thorough and very enlightening Interview with the Swiss monthly journal, Schweizer Monat (no. 1066, May 2019).

When Oxfam talks about prosperity, the charitable organization is referring to people’s wealth or assets. The figures that are published only show this kind of inequality, as Milanović points out. And yet this unspoken presupposition – that prosperity (i.e “well-being” or standard of living) depends on wealth – is false. The Schweizer Monat also maintains that “Both in the industrialized countries and above all in borderline and developing countries, many people have basically no taxable assets. That does not mean they are on the verge of starvation, but only that they continually use up their income”.  If you take as your starting point that the poorer half of the world’s population has not saved money, and that 3.7 billion people do not have a cent of taxable assets (i.e., wealth), it is very easy “for the richest people to far surpass this zero.  It follows from this that the comparison of the greatest wealth with the poorer half of the world has no significance. Prosperity is not dependent on wealth, but on continual consumption, supported by a continual income.”

Unlike Oxfam, Branko Milanović has been studying income, not asset inequality for thirty years, and the reality looks very different from his perspective. Worldwide inequality is shrinking, not growing.  This is shown by the data that has come out in the meantime: “China conducted its first modern survey in 1984, while many African nations had still not conducted any by 1985”, says the economist. “But since that time, we have in fact very good reasons for believing that global inequality has been greatly reduced.”

The reason is simple: “Countries which were very poor, such as China, India, Vietnam and Indonesia – all very highly populated countries – have gone up on the worldwide scale of income distribution. They represent today’s worldwide middle-class and are beginning to participate in the higher income classes as well.  As a whole, the income level is rising in these countries much more quickly than in western nations”.

In 1988, the worldwide distribution of incomes was still ‘bi-modal’, meaning it had two bulges: a bigger one, formed by the income of the developing and marginal countries, where a large part of the population lived under the threshold of absolute poverty, and a smaller bulge, formed by the income level of the industrialized countries.  The strong economic growth in the former class over the last thirty years has led to a “melding” of the bulges.  This means that today we can speak of a kind of “global middle-class”; unlike the situation at the end of the 1980’s, when about 40% lived under the absolute poverty level, now only a small part of the population does (less than 10%).

Diagrams: Income in USD per day (1988 and 2018), inflation-adjusted
(Shaded areas: the number of people with this amount of income) This is the case especially in China, which has for the past forty years experienced a continuous rate of growth of 7 percent, along with a concurrent growth in population (from 1 billion to 1.4 billion inhabitants).  It is a phenomenon that dwarfs all other growth stories in history. But in other countries the growth has also been rapid: “In many Asian countries we can see the same tendencies, and in the marginal countries as well. Thanks to  great economic growth in many places, middle classes have come into existence which are now rising to form a global middle class.”

Branko Milanović receives income data every two or three years from about 140 countries.  “My researches are based on intervals of five years – and more recently, on intervals of two years.  I combine the results of household questionnaires from these 140 countries, calculate the actual purchasing power of the incomes in each country, based on price levels, and in that way I arrive at a knowledge of the global income distribution”.  To measure income, Milanović also takes other factors into consideration: “Out of the gross income of an entire household, I then subtract the obligatory transfer payments, including social security, taxes and medical insurance premiums, etc.,  and then I add the legally granted pensions, social security payments, etc. , and the result is divided according to an equivalent scale, among the number of residents in the household. The comparison of incomes after calculating this redistribution yields more information.  Of course, one could consider still other factors, such as indirect taxes, sales and luxury taxes that are paid, on the one hand, and, on the other hand, educational and medical services that are received ‘free of charge’. That is in fact done for some individual countries, but the amount of data that a global assessment of all this would be enormous, and at a certain point the comparison would become too complex.”

The growing income disparity within individual countries is frequently noted. In many countries it has in fact widened.  “Nevertheless, the growth in important intermediate and developing countries leads to an overall shrinkage of the disparity at the global level“.  Branko Milanović explains this with an image: “ You can think of it like the floors of a hotel. The various countries of the world are on different floors, with the poorest on the lower floors and the richest in the penthouse.   Naturally, within each floor, taken in isolation, the the disparity can increase, but at the same time, the different floors start to become closer to each other – and that is exactly what we see. The effect is great enough, that it overcomes the increase of disparity within the single levels.”

The greatest causes of income disparity within single nations and economies are globalization, technological change and political interventions.  Opinions are divided about which of these three is the decisive one. Milanović thinks that “globalization has created the framework in which political and technological changes take place”. It is thanks to globalization that technology advances, “which can take advantage of cheaper labor rates in foreign countries, and that results in worldwide changes in value and in the structure of the economy.  Thousands of apps for smartphones have been developed, such as for Uber or Airbnb, and not only because it was technologically possible, but also because smartphones and laptops have become very inexpensive.  Today about five billion cellphones are in use. A new app could not be profitable, if there were only 500 million.”

Income differences depend on economic structures

The renovation of our economic structures also plays a role in the growing disparity. This is shown by the difference between the industrially-oriented economies that were dominant in the 1960’s and 70’s, and the service-oriented economies of today. “On average, about 80 % of the creation of value takes place in the service industries, and that has effects on the structure of wages.  It makes the economy undeniably ‘disparate’ since services form a very heterogeneous category.  It includes highly-qualified people like software engineers with incomes in the millions, but also janitors at the lower levels of wage-earning.  In a production-economy there is a much smaller spread of abilities and compensations, and you can explain the increase of income disparity exactly by that: we have moved from an industrial to a service economy.”

To the question, what possibilities are there for legislation to reduce the income disparity within a country?, Branko Milanović has a firm answer. “Whoever tries to bring out the tools of the 1960’s from the mothballs, will not succeed. You cannot bring back the strong trade unions, because technology has changed the nature of work.  And you can’t raise taxes anymore in the rich countries, since most Europeans will not pay taxes at an average of 50% or more.”  In Milanović’s view, education is the most important solution. “Education as an investment for a future in the most highly-qualified sector, is an important instrument.”

It would also be helpful, among other things, to have an economic education to counteract the narrative of Oxfam and company, for whom the economy is a zero-sum game in which one person gets rich at the cost of someone else’s poverty  “It is true that many think of the world economy  as a giant pie that is somehow handed to us. But the pie is not just handed to us: it keeps getting bigger, more and more people are baking it, and are always getting a bigger share of it.”

Branko Milanović, A Serbian-American economist, was born in Belgrade in 1953. He served as the chief economist in the research division of the World Bank, and since 2014 has been teaching at the City University of New York Graduate Center.  His last book,Global Inequality: A New Approach for the Age of Globalization, appeared in 2016, and his next book (to appear at the end of 2019) is entitled Capitalism Alone: The Future that Rules the World, in which he is concerned with the paradox of an economic system based on competition, but without competition – or capitalism after the end of socialism. 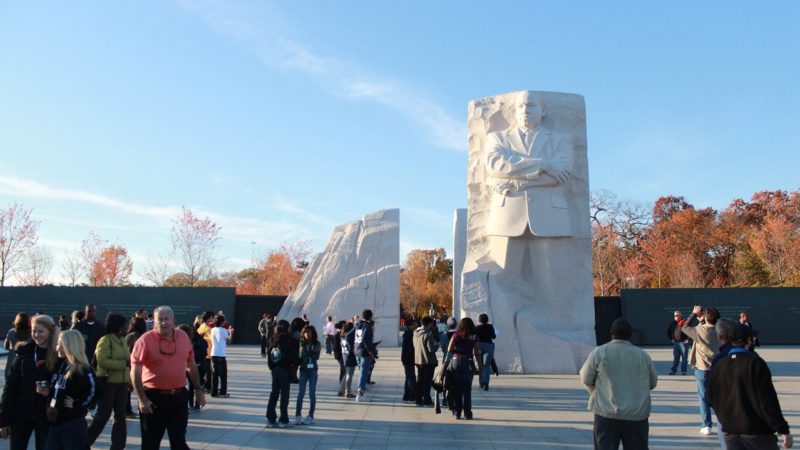 Racism: On the Bad and “Good” Kinds of Prejudicial Suspicion

For the guardians of political correctness, prejudicial suspicion is not bad in itself, so long as it is directed against the right groups. Moreover, the current hysteria about racism obscures the real problems—creating an obstacle for those who actually want to help. 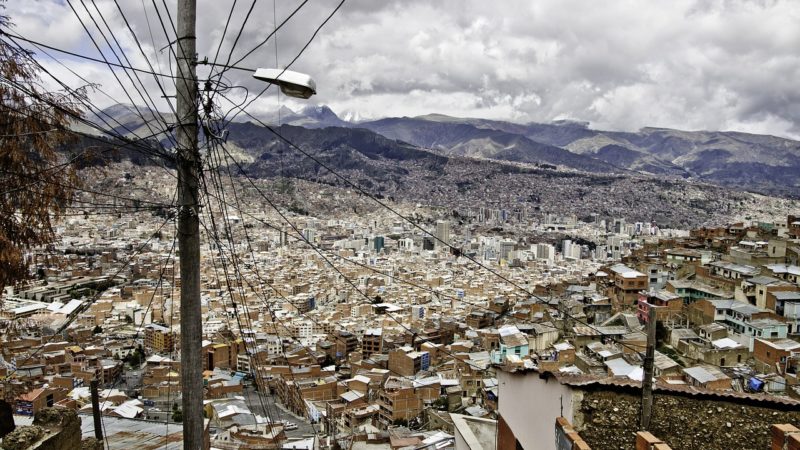 For years Bolivia was considered a successful example of the “Socialism of the 21st century”. An apparently booming economy blinded economists and politicians and obscured the view of a regime that was in reality authoritarian and corrupt.