Heed Not the Climate Populists 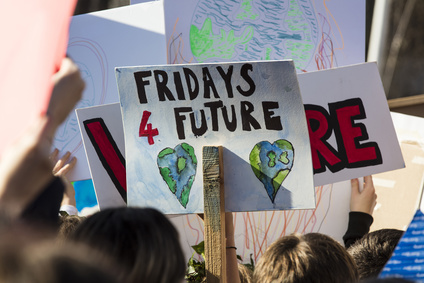 Climate strikes during school hours are popular. In many places, kids are allowed to prepare banners even during school hours. The faculty and textbooks ensure allegiance to the cause and inoculate young people against capitalism from an early age. (Picture: fotolia/ink drop)

As Hans-Joachim Schellnhuber, founder of the Potsdam Institute for Climate Impact Research, puts it: A new era has dawned with these student strikes for the climate. To prevent our planet from being driven off a cliff, there is now a “close alliance between science and children, the youth.” This is an astonishing statement for a scientist. First, because it is not the task of science to prevent or save anything. Rather that is, if necessary, a political task. It is the task of science to gain knowledge and provide a basis for decision-making. Any science or scientific institution that drives a political agenda can be suspected of serving non-scientific, especially political, interests.

Scientists are taking advantage of a popular sentiment and a self-generated fear of the alleged conspiracy of a capitalist economic elite to drive the planet off a cliff.

Secondly, the Potsdam climate researcher’s statement suggests that science would receive support here in its efforts from a new force that is completely independent of it: children and young people. But this is deceptive. The views and fears of these children and young people are not based on any independently gained insights into climate change and its dangers. Rather, they come from the very same science that is politically organized within the UN Intergovernmental Panel on Climate Change and the research institutes in its network, as well as their social promoters: the media, the churches—and of course school lessons, which instill fear of climate catastrophe in children from an early age.

What added value should a “closing of ranks” with this self-generated movement have for science of all things, unless this branch of science sees itself as part of a political movement?

Climate researcher Schellnhuber shows himself to be a political agitator and the entire situation an echo chamber. If, as has happened in recent weeks, more than 20,000 scientists—even if there can’t possibly be that many climate specialists—show solidarity with the call of the student Greta Thunberg and her climate strike movement “Fridays For Future,” then this is just an absurd fuss in the midst of a gigantic echo chamber that is increasingly capturing public opinion. With feedback from the media, it is constantly growing stronger. It is also a particularly alarming form of populism.

It is populist because scientists are taking advantage of a popular sentiment and a self-generated fear of the alleged conspiracy of a capitalist economic elite to drive the planet off a cliff. In this way, they legitimize their own tax-funded research activities, thereby also securing their own benefactors, i.e., subsidies from tax money.

To deny climate change would be nonsense. It is an obvious fact and one of the great challenges for the future.

This climate populism is reprehensible, because it instrumentalizes children and young people who, like most citizens, are not capable of assessing the connections and probabilities, even approximately. However, scientists use them to evade further public discussion of that which is still controversial and the assertion (doubted by many) of a largely manmade climate change and a climate catastrophe that can be prevented by government action. This is unworthy of science.

The Politicization of Science Undermines Its Credibility

To deny climate change would be nonsense. It is an obvious fact and one of the great challenges for the future. However, even if the manmade part of it seems beyond any scientific doubt, we must remember that the climate has always changed throughout history. An amateur scientist cannot adequately assess the causes and weigh the individual factors of climate change. Nor can I do so. Like the politicians, I have no choice but to listen to science, and I do so gladly. However, those who lack the scientific competence to make their own judgement on the facts of the matter can listen carefully to signs of possible manipulation and note the political interdependence of interests that are present in the scientific world. In this case, it is coordinated and promoted by a political agency such as the UN, which has also taken up the cause of a well-known anti-business, i.e. anti-capitalist ideology. There is no shortage of such signs that arouse suspicion. Climate researchers know that. The fact that scientists are now using children and young people to build a moral wall of protection against doubters is perplexing and can only undermine confidence in them.

“When I am told that something has to happen immediately, I start to hesitate. Most of the time it's an attempt to keep me from thinking” (Hans Rosling).

The mixing of science and politics when it comes to the climate issue is notorious—and dangerous. Now even politicians are jumping on the children’s bandwagon and going so far as to nominate the young Swedish student for the Nobel Peace Prize. That is ridiculous: if you look closely it is actually a scandal. Greta Thunberg’s consistency and straightforwardness may seem authentic. In reality, however, the young Swedish woman is to be pitied because she does not act on the basis of her own insight but is dependent on influences and authorities that are intellectually inscrutable to her. Her call to panic and to immediate action sounds responsible, but in fact it is the opposite of responsibility and enlightenment, and it certainly does not merit a Nobel Prize. Whoever calls for panic should not be taken seriously by rational people. Rather, a rational person should help the panicked person to keep a cool head—especially if it is a person suffering from a severe form of autism that, as the person concerned explains herself, only allows her to see things in black and white.

In his recently published posthumous book Factfulness, Greta Thunberg’s Swedish compatriot Hans Rosling writes in connection with the climate issue: “When I am told that something has to happen immediately, I start to hesitate. Most of the time it’s an attempt to keep me from thinking.” Rosling tells how the climate activist Al Gore once remarked to him: “We must create fear”—so that people will do something. Rosling then refused to make his bubble charts of the worst-case scenario available to Gore for a TED conference. The Swedish scientist explained his behavior: “You have to keep looking at the problem, but never fall victim to your own frustrated and alarming messages.”  “On the one hand, one must not close one’s eyes to the worst-case scenarios, but on the other hand one must also be aware of the uncertainty of the situation regarding the data. And if you want to step on the gas, you still have to keep a cool head in order to be able to make wise decisions and not put your credibility at risk.”

With the German energy transition, we can see what happens when cool heads are lost and political demagogy runs rampant: There is a risk of damaging the economy of an entire country, primarily to the detriment of low-income people, and, as is to be expected, without any appreciable effect on the world climate. There are more efficient and less wealth-destroying, but also more unspectacular, market-based ways of reducing CO2.

However, politicians do not want to admit that, because they are in the echo chamber of climate activism. The climate populists are making sure that it does not burst—now by instrumentalizing children and young people, who are being kept from learning critical thinking by those who woo and pamper them on talk shows. The best advice that could be given to all young climate strikers, and that every responsible adult and educator should give them, is: Don’t let climate populists get to you, but go to school first to learn how to deal with risks and probabilities. Then act in your life based on your own judgment, not on that of others! 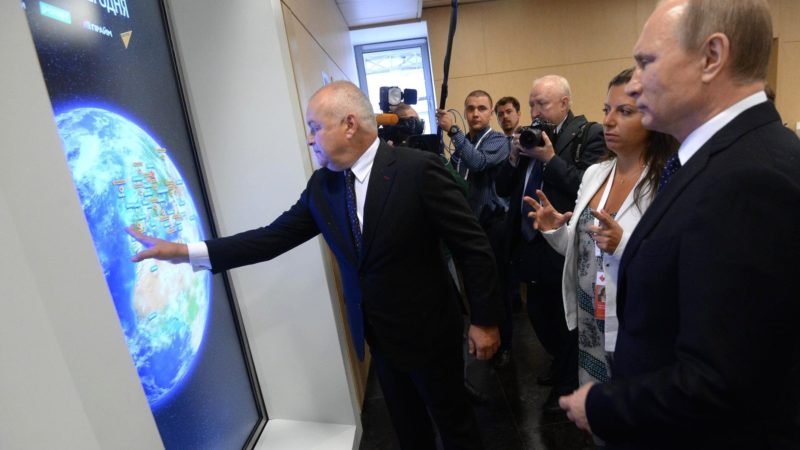