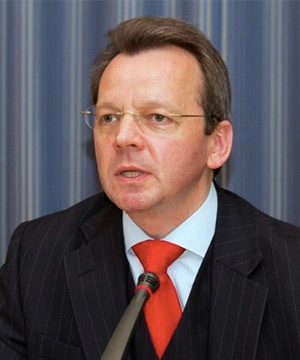 Norbert Friedrich Tofall is Senior Research Analyst at the Flossbach von Storch Research Institute, where he has been since 2014. There he works in the area of macroeconomic analysis with a focus on “Economics, Politics and Philosophy.” He has been working on the subject of private and cryptocurrencies for many years. Shortly after the financial crisis in June 2009, together with Thorsten Polleit, Michael von Prollius and Frank Schäffler, he brought Friedrich August von Hayek’s private currency approach back into the public debate in the FAZ article “Overcoming the crisis with good money” („Überwindung der Krise durch gutes Geld“).

Norbert F. Tofall was a research assistant to Frank Schäffler, member of the German Bundestag from 2008 to 2013. From 2004 to 2011 he was a lecturer for the course “Justice and Freedom in Europe” at the Europa Universität Viadrina Frankfurt/Oder in the Master’s program in International Management. Norbert Tofall is also a member of the Federal Government’s Expert Pool for International Peace Operations and has participated in various OSCE election observations as an international election observer. He has also studied business administration and philosophy at the Universities of Paderborn and Tübingen.

Norbert Tofall is initiator and founding member of the Lord Acton Circle. From 2015 to 2017 he was Vice President of the Austrian Institute of Economics and Social Philosophy in Vienna.