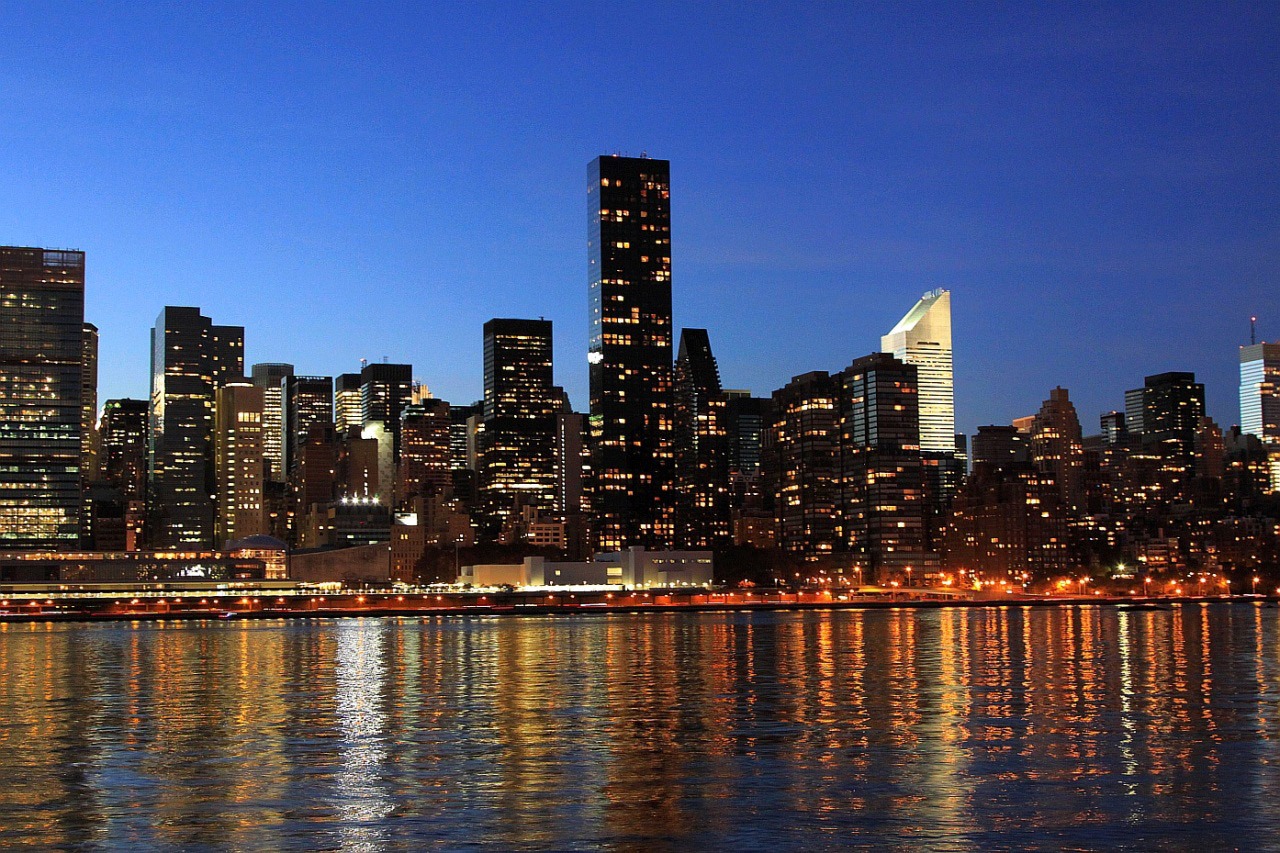 Donald Trump’s candidacy has brought many topics to greater public attention: everything from frustration with the political correctness that the left uses to stifle debate, to wage stagnation and immigration policy. Another subject, however, that has gained significant traction because of the Trump campaign is the problem of crony capitalism—or, more simply, cronyism.

It’s not just that Trump has been accused of being a crony capitalist. Rather, it is growing awareness that cronyism is a way of life for many American business and political leaders, including plenty on the conservative side, despite claims of valuing economic liberty. The damage that cronyism has inflicted on the economy is considerable. But cronyism also creates significant political challenges that, thus far, Western democracies are struggling to overcome.

The collusion associated with crony capitalism is not new. There have always been business leaders who seek favors from governments. One feature of the mercantilist economic system that dominated the West from the 1500s until the late 1700s was the granting of monopolies and letters-patent by the state to specific merchants with close ties to ministers at court. This was accompanied by tax privileges for particular businesses, efforts to restrict competition through quotas and tariffs, monarchs directly subsidizing particular industries, and guilds working with governments to restrict entry into trades and suppress technological development.

Today’s crony capitalism is not outright corruption, though it often verges on or morphs into illegal activity. The expression itself first emerged in 1980 to describe how the Philippines’ economy functioned under the Marcos regime. It became prominent in explanations of the 1997–1998 Asian financial crisis, especially the role played in that crisis by government decisions that favored business “cronies” (many of whom were relatives) of political leaders, such as Indonesia’s then-President Suharto.

More generally, cronyism involves dislodging the workings of free exchange within a framework of property rights and rule of law—what is generally understood to be a free market. These arrangements are gradually replaced by “political markets.” The focus shifts away from individuals and companies prospering through freely creating, refining, and offering products and services to consumers at competitive prices. Instead, economic success becomes premised on people’s capacity to harness government power to rig the game in their favor. The market economy’s outward form is preserved (hence, the noun “capitalism” in “crony capitalism”), but its basic protocols and institutions are slowly subverted by businesses seeking to secure preferential treatment from regulators, legislators, and governments. This can take the form of bailouts, subsidies, monopolies, access to “no-bid” contracts, price controls, preferential tax treatment, tariff protection, and special access to government-provided credit at below-market interest rates, to name just a few.

Some businesses enter the market for cronyism to protect themselves against those competitors already trying to use government power to limit other people’s access to “their” markets. The temptation, however, to go from defense to offense is hard to resist. The potential profits associated with rent-seeking are considerable. Moreover, lobbying politicians for favors is often easier than trying to out-compete your rivals through constant innovation and reduction of cost margins.

On the other end of crony transactions, those in a position to dispense preferential treatment are not doing so for altruistic reasons. A 2015 report by the Committee for Economic Development observed that one common payback for legislators comes in the form of campaign donations and other electoral assistance. As for regulators, the incredible number of government employees who secure positions in industries they once regulated is well-documented.

The Costs of Cronyism

In economic terms, cronyism has considerable negative effects. By shifting incentives away from growth through innovation and competition and toward cultivating politicians and regulators, an economy’s overall wealth-creation capacities are undermined. To the extent that cronyism involves introducing more regulations into the economy, efficiency can also be weakened significantly. Another problem is that crony arrangements, by definition, lack transparency. This makes it harder to assess accurately the true costs associated with different enterprises. Just how profitable, for instance, would be the ethanol industry in Iowa if the subsidies secured by Iowan legislators were removed? Could it be that ethanol subsidies are actually blinding many Iowans to what might be their state’s real competitive advantages?

Cronyism’s negative consequences also extend into the political realm. A major example is the injustice of politicians and government officials using state power to confer legal privileges on specific groups in return for their political and financial support. Quasi-authoritarian regimes such as Suharto’s Indonesia used crony arrangements to lock in businesses’ long-term support for the government. As a result, a close nexus was established between the Suharto regime and much of Indonesia’s business community that proved impossible to break, until the 1997–98 financial crisis forced Suharto from power.

Another injustice is that the resources used to pay for crony arrangements come from those who are not receiving preferential treatment. As the Nobel economist Joseph Stiglitz—who is no one’s idea of a fiscal conservative—stated in his book The Price of Inequality, cronyism facilitates an unjustifiable form of income inequality based on the ability of the well-connected to take a larger share of existing wealth than others, instead of creating new wealth through their own work—something that normally would merit them a larger share of this new wealth than those who have not contributed to its growth.

Crony tendencies also seriously distort notions of the common good. In many business leaders’ minds, for example, the public interest becomes associated with special treatment being accorded to their specific business or their particular industry. Reflecting on this phenomenon, the former Treasury Secretary, the late William E. Simon, recalled

watching with incredulity as businessmen ran to the government in every crisis . . . Always, such gentlemen proclaimed their devotion to free enterprise and their opposition to the arbitrary intervention of the state into the economy. Except of course for their own case, which was always unique and was justified by their immense concern for the public interest.

Is Democracy a Solution?

Much of the literature on crony capitalism argues that democratization of political arrangements helps to break up the cozy relationships at the heart of cronyism. Authoritarian regimes, the argument goes, lack the transparency that would expose cronyism to scrutiny from the media and ordinary citizens. Those who realize that they are losing out under such arrangements would, presumably, act and vote in ways to redress the problem.

One difficulty with this theory is that notionally democratic communities have hardly proved immune to cronyism. There are many examples of majorities of people in cities, regions, or even nations being supportive of (or resigned to) crony arrangements, not to mention consistently voting for individuals and political parties neck-deep in crony practices. Does anyone seriously doubt this is the case in cities such as Chicago and Detroit? Many democratically elected city councils throughout America have used expansive conceptions of eminent domain at the behest of businesses to put other people’s property to what they and the council deem to be a better use. Nor did democracy’s restoration in Argentina in 1983 result in the termination of the long-standing cronyism that helped turn a once-prosperous economy into its present shambles.

How then do we deal with cronyism? One solution is the type of economic liberalization that limits opportunities for politicians and government officials to offer the quid pro quo that is central to cronyism. In other words, you constrain the state’s capacity to offer favors by restraining its ability to intervene in the economy. That reduces the incentives for businesses to look to the state for profit through rent-seeking.

Structural change and the alteration of incentives, however, are not enough. Alexis de Tocqueville observed in Democracy in America that institutions matter but mœurs and value-commitments are even more important when seeking to understand why societies—especially democratic societies—go down one path rather than another. At the best of times, many people have difficulty looking beyond their own short-term self-interest. From that standpoint, democracy’s emphasis on regular elections at relatively short intervals creates further complications insofar as governments and legislators become more susceptible to businesses seeking privileges.

All of this underscores one very important point: Unless a critical mass of people (1) cease being acquiescent with or flippant about cronyism, (2) recognize that it is fundamentally unjust, and (3) freely choose and act accordingly, it is hard to stop any political system from gravitating toward cronyism.

Curbing crony capitalism requires businesses to be willing to forgo the considerable profits that could be realized through rent-seeking. It also requires politicians to absorb Edmund Burke’s point in his Speech to the Electors of Bristol that the legislator’s responsibility is not to act as an unofficial ambassador for particular groups—be they businesses, unions, guilds, ethnicities, or religious groups, let alone assorted “identities.” Rather it is to serve as one of the nation’s representatives, deliberating on the nation’s behalf for “the general good,” something determined by what Burke called “the general reason of the whole”—not, it might be added, by Rousseau’s General Will or some conglomerate of strongly-felt feelings.

No doubt, this is demanding. Restraining, let alone marginalizing, cronyism in market economies demands significant moral and intellectual fortitude from those in business or politics. The alternative, however, is a business sector and political class that rationalizes the protection of specific sectional preferences as constituting the public interest. For polities that claim to take the common good seriously, that is no option at all.

This essay originally appeared at Public Discourse: Ethics, Law and the Common Good.: www.thepublicdiscourse.com  It is reprinted here with permission. 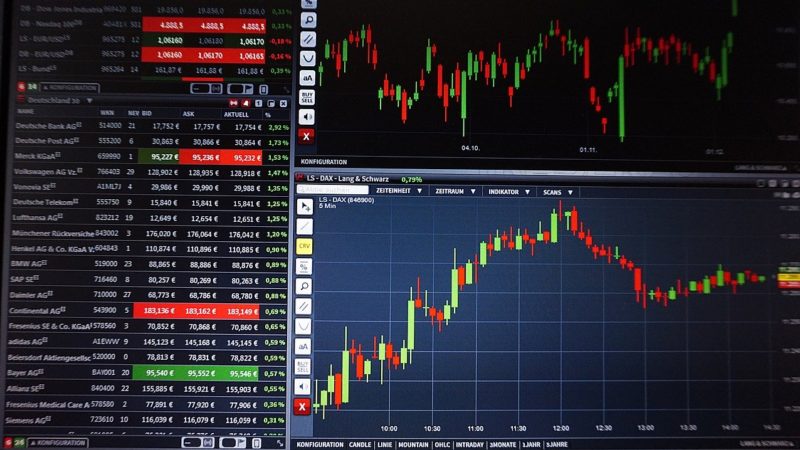 Joint stock companies and stock exchanges have made the upswing of modern economies possible. However, they have always been suspected of serving the greed of a few. What, then, is the function of “financial capitalism”? 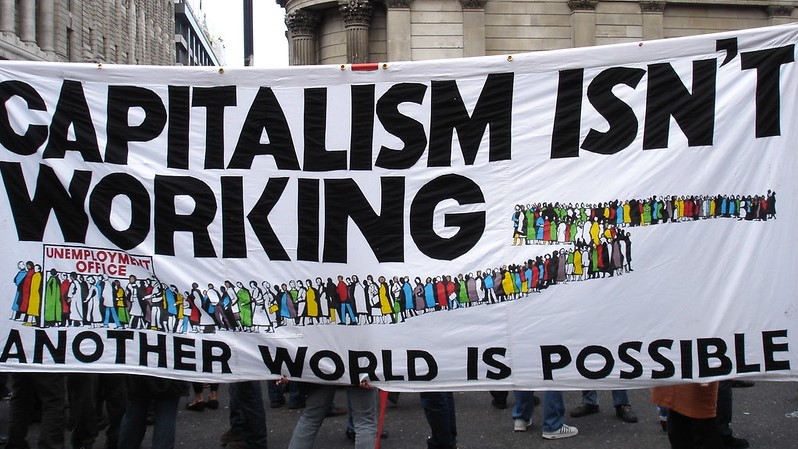 Anti-capitalism is widespread among both right-wing and left-wing intellectuals. Both are united by the belief that economic and social problems can be solved primarily through state action.